Insomniac praises the PS5's power and versatility, says they were "astonished" when Ratchet and Clank was able to hit 60FPS without any major compromises. 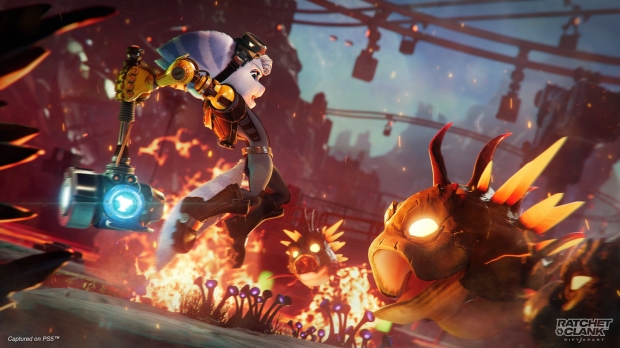 "Something else that occurred to me is...when you start development on a game, you're just trying to figure out what the game is, then you come back to questions like target frame rate and resolution," Ratchet and Clank Rift Apart lead designer Mike Daly said in a recent Twitch stream.

"In the past when that framerate question came up, it was always like...if we look at where we're at right now and what it would take to get to 60Hz, it's basically just impossible. The effort and the sacrifices to game quality are just too great. So when we were at that point in this game's development, and it looked like it wasn't going to be impossible, I was frankly shocked by that."

"It usually takes so many really tough compromises to hit that performance bar. But...it worked. That was really surprising to me."

Insomniac is doing amazing things with the PlayStation 5. Ratchet and Clank Rift Apart is able to hit 60FPS with ray-tracing turned on, and the studio's other games, Miles Morales and Spider-Man Remastered, are some of the best-looking games of this generation. Insomniac is even using AI-powered machine learning to help with its muscle deformation technology.

Sony has also confirmed that its experimental AI division is working closely alongside first-party developers on new PlayStation 5 games.

In the stream, Daly also reiterates that Insomniac has multiple teams working on multiple projects. The next big game should be a sequel to 2018's Spider-Man.