STALKER 2 is going to be one of the biggest games of 2022, with it definitely being "the new Crysis" with its next-gen graphics, ray tracing support, and an SSD being a requirement on the PC.

In a new post on the official Xbox website, PR Specialist at GSC Game World Zakhar Bocharov details STALKER 2 and its debut at the Xbox Games Showcase during E3 2021. Bocharov talks about everything STALKER 2, but it was one particular part that caught my attention.

Bocharov writes: "Finally, we would like to finish this update with a development status. We're progressing smoothly, including Xbox Series X|S versions as well. The aim is to deliver the product of the highest quality possible on every platform it's announced for. With fast SSD, RTX support (both Series X and S), and 4K-resolution (Series X), we're pleased to see how S.T.A.L.K.E.R. 2 is shaping up to be the ultimate experience we've initially promised".

I don't think most people realize just how many layers of people that a statement from GSC Game World -- or any developer or person for that matter -- would have to go through before being posted up onto the official Xbox website. 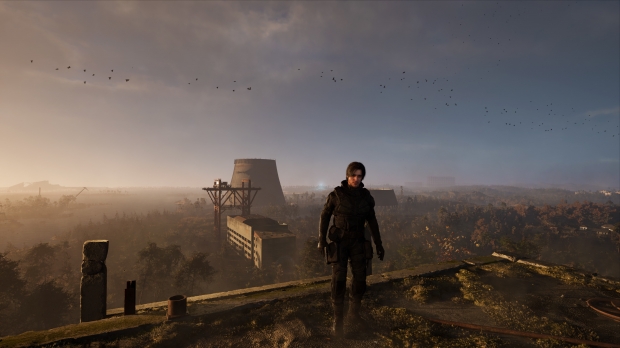 Trademarks, and branding, and specific wording mean a LOT... so the official Xbox website having "RTX support" for the Xbox Series X and S consoles when that is an NVIDIA technology... and semi-custom AMD technology powers the Xbox consoles, it is a big gaff.

I'm sure it was a simple mistake, but it goes to show you the NVIDIA marketing machine -- "ray tracing" = RTX in the minds of even PR specialists at GSC Game World when talking about their new game (STALKER 2) on a competitors' architecture (AMD chip inside of the Xbox Series X/S consoles).

Still, it's something that I'm sure will be removed shortly.