If you were lucky enough to nab one of Sony's next-gen PlayStation 5 consoles you will be happy enough enjoying whatever games you've been playing with it -- as well as PS5 exclusives -- but one of those games will not be STALKER 2... at least not for the first 3 months of its release. 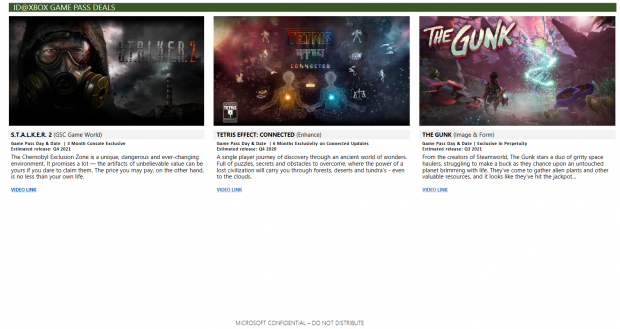 During a recent interview with STALKER 2 developer GSC GameWorld, which said that there are no plans for STALKER 2 on any other platform other than Xbox and PC "for now". We might get a PS5 release of STALKER 2, but it won't be happening for many months after its initial release.

The news is coming from a court filing over the on-going Epic v Apple case, where Microsoft has some exclusivity deals for some games and one of those is STALKER 2. The documents reveal that the plan for now at least, is that STALKER 2 is due to be an exclusive to Xbox Series X/S consoles and the PC with a release scheduled for Q4 2021 (October-December).

We could see Microsoft using STALKER 2 as an incentive to bring gamers over to the Xbox Series X/S consoles and/or the PC -- like the current rumors stating that EA DICE's next-gen Battlefield could arrive on Xbox Game Pass on day one.