This coming Thursday, Earth will be blessed with the first solar eclipse of 2021, and according to one astronomer, it will look like the Star Wars "death star". 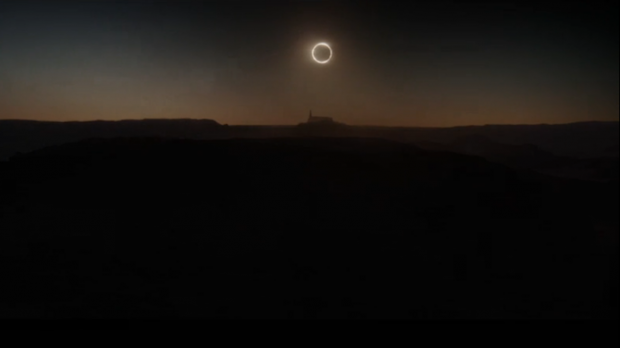 The first solar eclipse of 2021 will have a 100-minute viewing window, but unfortunately, not the entire planet will be able to enjoy its beauty. People that are located in the Northern hemisphere, and predominately those living in Canada, northern Russia, and Greenland, will be able to see a total solar eclipse. The total solar eclipse will look like a "Ring of Fire", or as Jackie Faherty, an astrophysicist at the American Museum of Natural History in New York City, said, it will look like "the 'Death Star".

Now, it should be noted that if you aren't living in Canada, northern Russia, or Greenland, you will still be able to see the solar eclipse, just not the total solar eclipse. Residents in North America, Europe, and Asia will be able to see a partial solar eclipse that will look like the moon has taken a bite out of the Sun. Faherty also said, "Most people might not realize that these eclipses chase each other", referring to the recent super blood moon.