Apple is reportedly still working on its ARM-based game console which is something we heard about in July 2020, and now there's more rumor fuel for that fire with news of a Nintendo Switch-like hybrid console in the works.

The news is coming from Korean community website Clien which sees Apple using a new custom SoC with enhanced GPU performance and ray tracing support. This means Apple will not be using one of its current A-series or M-series processors, including the new Apple M2 chip that will be inside of next-gen iDevices later this year and into 2022.

Apple is reportedly negotiating a deal for future games on its portable hybrid console, teaming with Ubisoft according to the rumors. The developer has reportedly been sending out Apple TVs with A14X Bionic chips to developers for testing in preparation for its purported console.

We might never see Apple's console come to fruition, but I very much doubt Apple would just shelve this. Considering Bungie was making Halo for the Apple Mac back in the day before Microsoft acquired the developer and made the Xbox around Halo, I would say if Apple is going to do something it's going to be big. 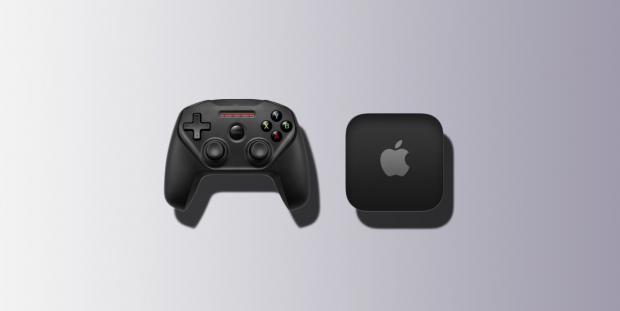