UPDATE 2:Activision confirms Rambo is coming to Warzone on May 20.

UPDATE: New info suggests Rambo and Terminator are coming to Warzone, a move that should kick off a wealth of crossovers. This could be what Activision is referring to in the article below.

Activision has big plans for Warzone's continued development and teases exciting new things on the horizon. 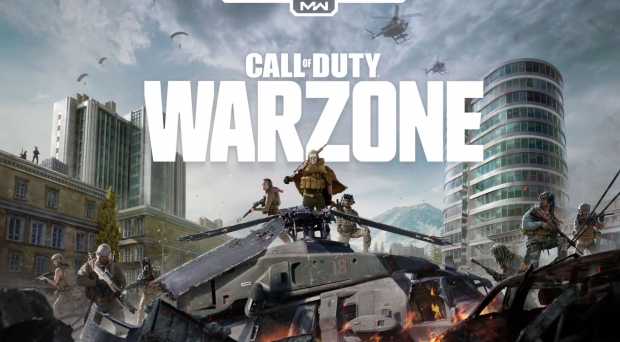 What's next for Warzone? Right now the mega-popular battle royale has integrated as a cross-platform, cross-SKU moneymaker that ties mainline Call of Duty games together. That plans is still in place, and Call of Duty Vanguard will be the third mainline CoD game to connect directly into Warzone. According to Activision, this is just the beginning.

"We're just scratching the surface of what warzone can expand into in our community,"Activision executives said in a recent earnings call. "The franchise has never been stronger or more widely played."

This kind of vague, but we do know Warzone has utterly transformed the franchise as well as Activision's overall business. The truth is Warzone is the most important thing Activision has ever done.

The F2P mode has tripled Call of Duty player counts in the last two years, lead to record monetization and game sales (Call of Duty made $3 billion last year, 40% of Activision-Blizzard's total-year revenues, and contributed to $4.8 billion in microtransactions), and amassed 100 million players.

Activision also teases that Call of Duty 2021, the World War II-based shooter from Sledgehammer Games, will have fun integration into Warzone: "There will be another real fun integration with this year's premium release."

This kind of momentum is costly and takes a lot of planning, investment, and manpower. Upkeeping three mainline Call of Duty games as well as constant Warzone updates is very difficult. It's like a game that's perpetually in development.

Warzone is a beast. It's hungry, and Activision plans to feed it.

Reports say that most of Activision's internal teams are now serving Call of Duty in some way. This makes sense. The franchise is a clear breadwinner and is the main driver for Activision segment growth (the company has three segments: Activision, Blizzard, and King).

What Activision has planned outside of integration remains unknown. Warzone recently nuked Verdansk in a world-altering online event not unlike Final Fantasy 14, Fortnite, or Destiny 2. This kind of thing should continue, and we should also see something big planned for Call of Duty Vanguard's reveal.

Warzone isn't just part of the Call of Duty universe; it's a kind of portal to the universe itself. A melting pot for all of its games to come together. Expect Activision to put Warzone at the very top of its to-do list.