NVIDIA is ramping into the announcement and release of its new GeForce RTX 3080 Ti which will pack 12GB of GDDR6X memory, with some online retailers teasing custom GIGABYTE and MSI models early.

The pricing of the custom GeForce RTX 3080 Ti graphics cards from these early listings has it pegged at between $1300 or so through to an insane $2250. These are most likely placeholder prices so I wouldn't be putting away the Benjamins or Dogecoin just yet -- and yeah I'm serious about buying your GeForce RTX 3080 Ti with Dogecoin because Newegg will do that for you. 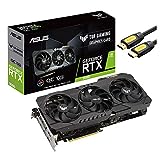