If you were like me, you were waiting and hoping that NVIDIA would release its new GeForce RTX 3080 Ti with 20GB of GDDR6X memory -- then you'll be disappointed to hear it seems to have been "indefinitely postponed".

Tech Jesus explained: "postponement is likely due to the community response to the cards in general, and you can just look at the chat window from the live event, to see why NVIDIA might think it was in poor taste to announce yet another GPU".

Tech Jesus continued: "So, the 3080 Ti is supposed to be a refreshed 3080 with more memory, the rumors have been 20GB -- that's what we heard as well -- but, from what the board partners were telling us NVIDIA decided to put this on hold, until it can get more supply in place for the existing SKUs that it already sells. NVIDIA was also working on other refreshes for January, but it sounds like all those have basically been postponed at this point". 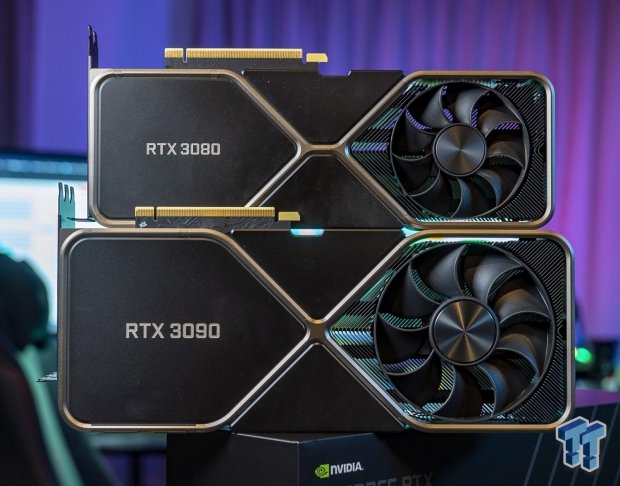