It was only a few weeks ago that I was writing about GIGABYTE reportedly having no less than 12 custom GeForce RTX 3080 Ti graphics cards with 12GB of GDDR6X -- and now MSI not only has its own custom RTX 3080 Ti cards, but they're already on their way to the USA. 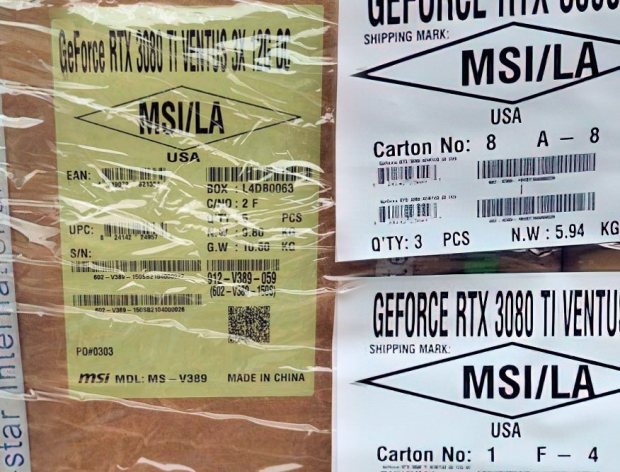 NVIDIA is expected to use the GA102-225 GPU packing 10240 CUDA cores inside of the GeForce RTX 3080 Ti, with a release sometime in May -- and it looks like reviewers like myself should be getting cards very, very soon.