We have our first picture of the GA102-225 GPU that powers NVIDIA's unannounced, but totally indefinitely postponed GeForce RTX 3080 Ti graphics card. Check it out: 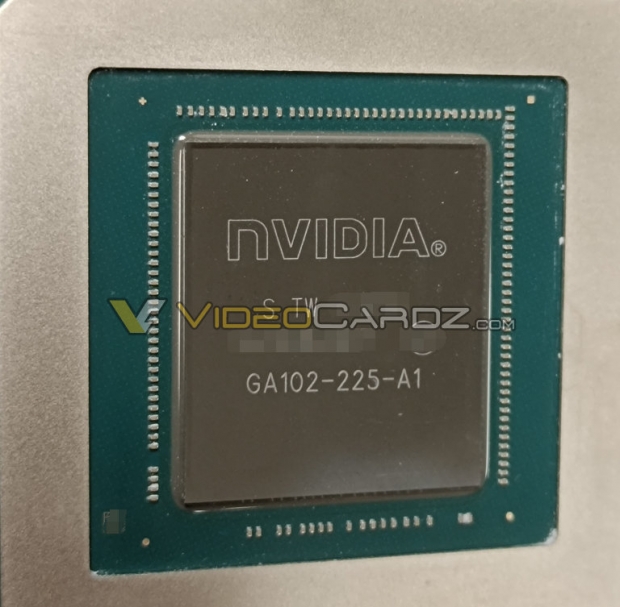 But then things dive right into crypto mining of course, with the NVIDIA GeForce RTX 3080 Ti reportedly capable of some pretty insane ETH mining numbers with 119MH/s of ETH mining power. This seems about right as the GeForce RTX 3090 Founders Edition and MSI GeForce RTX 3090 SUPRIM X graphics cards sit at around 95-115MH/s depending on GDDR6X memory temperatures. 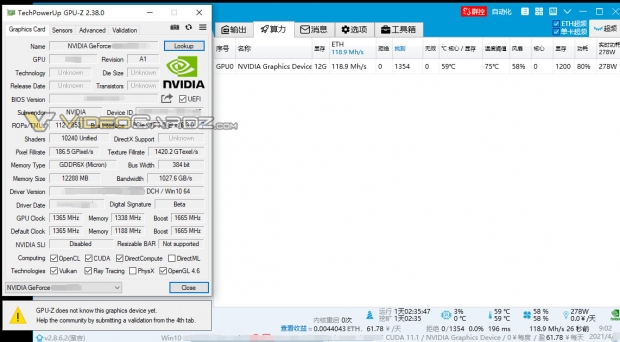 We should see NVIDIA unleash the GeForce RTX 3080 Ti graphics card sometime in May, so we're not too far away from the reveal now.