I don't know about you but I would do anything to fly around in one of these Gravity Jet Suits, just like the Royal Marines did during a successful training exercise using the Iron Man-like jet suits. Check them out, taking off, flying up and next to and then landing on the ship.

The Royal Marines are using Gravity Industries' own Gravity Jet Suit here for their operations, with 1000bhp of Jet Engine power to fly around with. The marines look so awesome easily flying off from their boat onto the ship, flying up to it and gracefully landing onto it -- reminding me of the graceful way Christopher Reeves' Superman used to land in the original Superman movies.

Former Oil Trader & Royal Marines Reservist, Richard Browning, founded Gravity Industries in March 2017 to introduce what will be a part of the future of combat -- taking "human flight into an entirely new era" explains the company on their YouTube video.

Another training video, but with staff at Gravity Industries versus the Royal Marines taking out the new Gravity Jet Suit out for a spin.

In the first few seconds of this clip, where Lois Lane interviews Superman in Superman: The Movie from 1978. That's how I see the landing by the Royal Marines using the Gravity Jet Suit. I need to try it out myself now, but I'd have to wear the Superman suit from the new Henry Cavill-led movies. 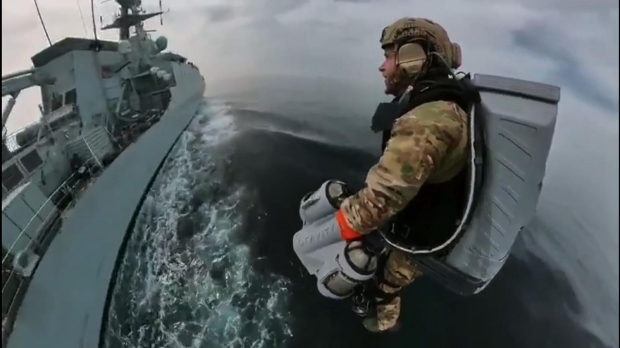 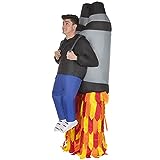 Jetpack Pick Me Up Inflatable Costume