The news has been rocketing upwards reporting on someone flying around LAX in a jetpack, something that was confirmed by a China Airlines pilot to air traffic controllers. 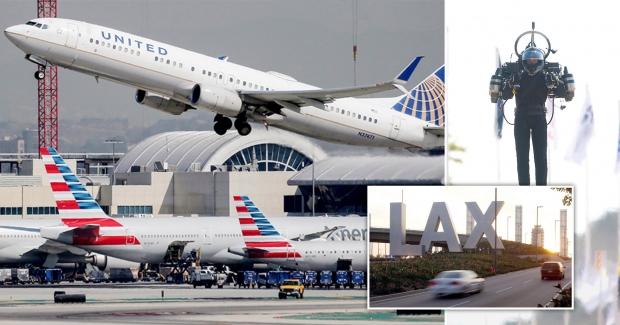 It's not the first time, either -- with the unidentified jetpack-wearing person spotted at around 1:45PM local time in LA, explains the US Federal Aviation Administration, or FAA. 6 weeks ago the rocket man (or woman, or alien, or robot, or Qanon) was spotted flying around in their jetpack around LAX.

The FAA told CNN: "A China Airlines crew reported seeing what appeared to be someone in a jetpack at an approximate altitude of 6,000 feet, about seven miles northwest of Los Angeles International Airport".

Then there's some air traffic radio recordings that were captured by China Airlines crew, with one of the pilots telling the LAX tower in a recording secured by Fox 11: "We just saw a flying object, like a flight suit jetpack, went by us". The flight controller responds to the pilot, asking them to clarify that it was a man with a jetpack -- and not a drone.

The pilot replied: "A jetpack. Too shiny. Too fast". After that, the LAX air traffic controller said: "Attention all craft: Use caution. A jetpack rocket man has been reported".

6 weeks ago the jetpack-traveler was flying around LAX when an American Airlines pilot telling LAX air traffic controllers: "We just passed a guy in a jetpack". Not only was it American Airlines, but a SkyWest Airlines pilot saw the same jetpack-fueled rocket man flying past them, with the pilot saying: "We just saw the guy passing by us in the jetpack". A third pilot added: "Only in LA".

The FBI is now working with the FAA over the incidents above LAX, with FBI Los Angeles Field Office spokeswoman Laura Eimiller explaining: "The FBI is in contact with the FAA and is investigating multiple reports of what, according to witnesses, appeared to be an individual in a jetpack near LAX".