We are very close to the reveal of Intel's next-gen Tiger Lake-H processors, with the new Core i9-11950H turning up to the party a little early. 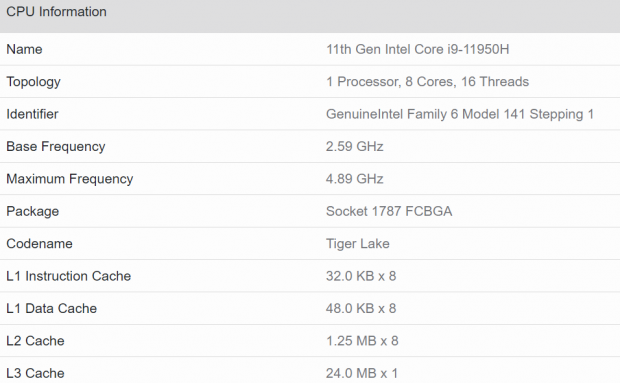 Intel's new Core i9-11950H processor is an 8-core, 16-thread offering that will have boost clocks of up to 4.9GHz according to the new leaks. The new CPU was spotted inside of the HP ZBook Studio 15.6 G8 Mobile workstation PC which normally features an NVIDIA Quadro RTX mobile GPU.

We might see this particular Intel Core i9-11950H processor being exclusive to HP for the time being, with some Geekbench 5 benchmarks run on it and throwing out a single-core score of 1365 while we have a multi-core score of 6266. Intel will be fully unveiling and detailing its new Tiger Lake-H series on May 11, which is just over a week away now. 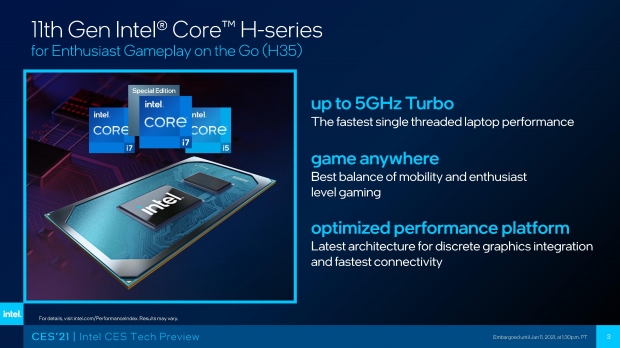