We're being told to expect some next-gen destruction and natural disasters that include earthquakes and tsunamis -- but what about gigantic avalanches after a firefight in the alps? Yeah, that sounds awesome.

Battlefield leaker Tom Henderson teased the news on his Twitter, saying: "Imagine you're fighting in the alps and a massive explosion causes a giant avalanche #BATTLEFIELD". He noted in a follow-up tweet that the 'splosions and avalanches won't be featured in the trailer for Battlefield when it drops.

EA will only be showing off the Tanegashima Space Center in the Battlefield trailer, with Henderson noting that the team will show off "what it needs to show off before June". Alrighty, hype meter is being set for a big reveal -- well, very, very damn soon by the looks of things. 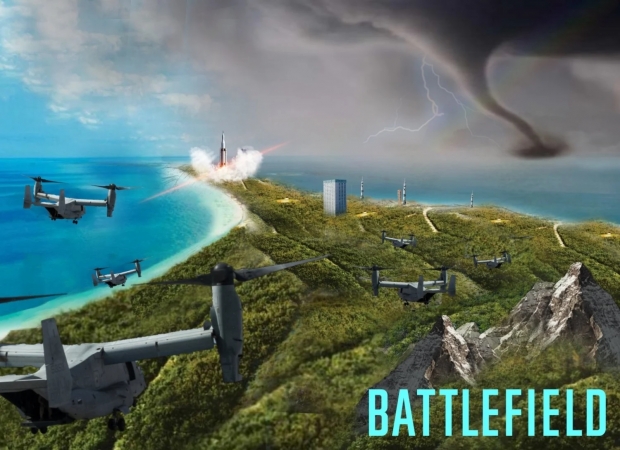 With this news it seems that some of those huge disasters that have been teased for the new Battlefield game aren't set off randomly by the game, but players can trigger these events -- a firefight in the alps with a massive explosion will cause an avalanche below which will be a game-changer for Battlefield.