We know that EA DICE is hard at work on Battlefield 6, which is dropping in Spring 2021 and has been designed for over 128 players with 32v32 being standard in previous leaks. Well, check out this latest leak:

Battlefield 6 will reportedly have full unscripted skyscraper destruction for the first time ever, with industry leaker Tom Henderson teasing it in a couple of tweets. You can see that the tweet has a picture of some buildings with some snipers on top of them, and then the buildings are destroyed.

The sniper is then just standing there... with no more cover -- this would be the point behind the full unscripted skyscraper destruction. I still remember hearing the first rumors of Battlefield 6 in June 2020 and said that the thing I was most excited to see in Battlefield 6 was the "return, and market domination of a next-gen Levolution technology that DICE made famous in Battlefield 4 back in 2013. The video above makes it feel like so long ago now, but it would be great to see a truly next-gen upgrade to destruction in Battlefield 6".

EA CEO Andrew Wilson teased Battlefield 6 earlier this week, where he said: "The game takes full advantage of the power of next-generation platforms to bring massive immersive battles to life with more players than ever before. Featuring maps with unprecedented scale, the next edition of Battlefield takes all the destruction, player agency, vehicle and weapon combat that the franchise is known for and elevate it to another level".

He continued: "The team is focused and the game is ahead of our internal milestones. [...] I can tell you now that the Battlefield team is doing an incredible job. They're way ahead of where they were in prior product cycles, on track for their earliest feature complete in franchise history". 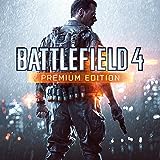