Cyberpunk 2077 was the biggest launch of all time in digital revenues and sales, analyst firm SuperData reports. 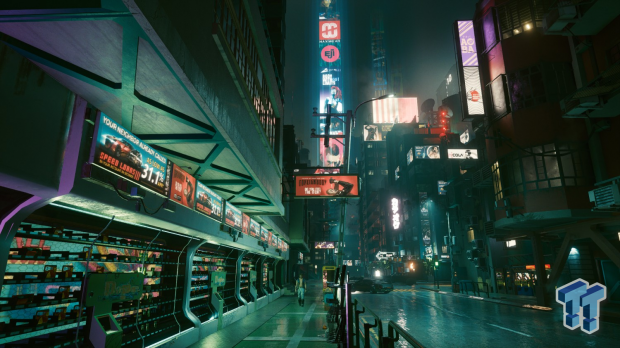 Cyberpunk 2077 has sold a whopping 10.2 million units digitally on PS4, Xbox One, and PC after refunds, becoming the biggest digital game launch in history. That's according to SuperData, whose latest report highlights monumental figures for CD Projekt.

"Cyberpunk 2077 had the biggest game launch of all time based on digital revenue and digital units sold (10.2M)," the firm writes. PC Gaming accounted for a whopping 80% of these game sales and revenues, which is to be expected as PC games are primarily sold through digital distribution.

A bit ago, CD Projekt RED confirmed Cyberpunk 2077 has sold an estimated 13 million copies on all platforms even after refunds were processed. This includes both pre-orders and post-release sales of the game through digital and physical channels. At 13 million sales, Cyberpunk 2077 beat The Witcher 3's launch sales by over 220%.

Despite this success, the ensuing Cyberpunk controversy will cost CD Projekt. The long-term ramifications of the game's poor performance could lead to multiple securities fraud lawsuit settlements along with fines from consumer protection organizations.

Roll over image to zoom in Cyberpunk 2077 - PlayStation 4