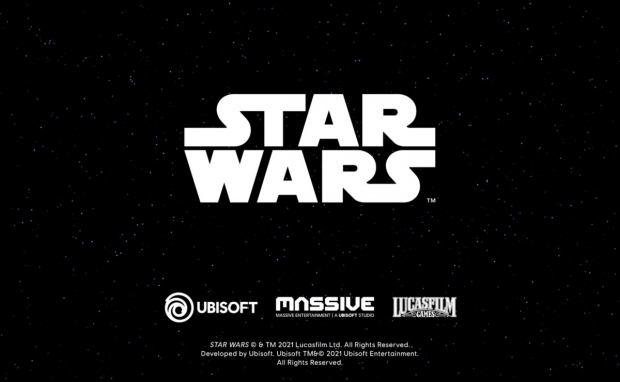 Lucasfilm Games was only just resurrected, but the new label has been busy. First Lucasfilm announced a new Indiana Jones game is in the works at Bethesda's MachineGames. Now they've announced EA has lost exclusivity to the Star Wars license, and Ubisoft is jumping on board.

The new Ubisoft-developed Star Wars game will be an open-world title with story-driven beats. The Division 2's Julian Gerighty will be the creative director on the project, and the Star Wars game is being developed in Ubisoft Massive's proprietary Snowdrop engine--the same engine that powered The Division games.

Expect Ubisoft Massive to push the Snowdrop engine to new heights on next-gen consoles like the PlayStation 5 and Xbox Series X/S, as well as high-end PC power like the GeForce RTX 30 series GPUs.

No word on a release window, platform target, or story timeline have been revealed.

Lucasfilm Games and Ubisoft are collaborating on a new story-driven, open-world Star Wars game. It's a genre long-requested by fans, and will come to life via Massive Entertainment, Ubisoft's critically-acclaimed studio based in MalmÜ, Sweden.

"We're really excited about an opportunity to work with the team at Massive, led by David Polfeldt and the creative director, Julian Gerighty. We've spent almost a year now, working to get to know them and what they want to bring to the table," Reilly says.

"I'm a huge fan of them, personally. I think we're really excited about where that project is going, because they have a unique vision for the story and the game they want to deliver."

Of course, Ubisoft and Massive Entertainment are renowned for their expertise in developing immersive worlds, and in pushing the boundaries of technology with their proprietary engine, Snowdrop.

"We know that fans of Star Wars value the feeling of immersion - of being transported into the Star Wars galaxy and moving through richly-detailed environments. It's fun to imagine what the team at Massive can do within Star Wars by bringing their innovative spirit and their commitment to quality," Reilly says.