Remember that huge 4Chan post that "sourced" a game developer from CD Projekt RED? Yeah, that was totally fake. 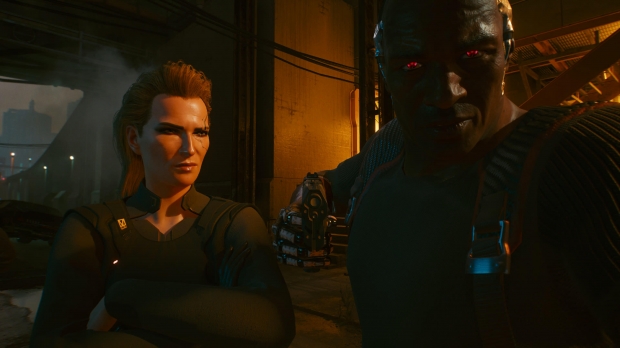 CD Projekt RED has officially debunked a shady new 4Chan rumor that made some bold claims. The poster claimed to be an anonymous CDPR developer and talked about CD Projekt's plans for future patches and discussed internal issues during Cyberpunk 2077's tumultuous development. The post is filled with a laundry list of tidbits, including how the code for the PS4 and Xbox One versions are being completely rewritten for a June 2021 launch. Oh, and they also claimed Johnny Silverhand was originally based on David Hayter's Snake, and that he was much cooler before Keanu.

The poster also says the disastrous launch was "beneficial." CD Projekt's legal department would probably beg to differ--the company has lots of enraged investors and is being sued by four U.S.-based law firms.

All of this is false. CD Projekt has jumped in to squash the rumors with a single Tweet, saying: "Normally we don't comment on rumors but this time we wanted to make an exception as this story is simply not true."

As far as we know, CD Projekt RED's original update plans are still in the pipeline. They plan to release two big Cyberpunk 2077 patches on Xbox One and PS4, one in January, and one in February. There's been no talk on a June 2021 release, and no discussions on when the free DLC will roll out.