Have you ever stopped and wondered what if CD PROJEKT RED used massive Hollywood actor, Matrix and John Wick star Keanu Reeves in Cyberpunk 2077, as a marketing stunt? Of course they did, but were they covering up some of the issues with the game throwing KEANU REEVES into Cyberpunk 2077? Possibly. 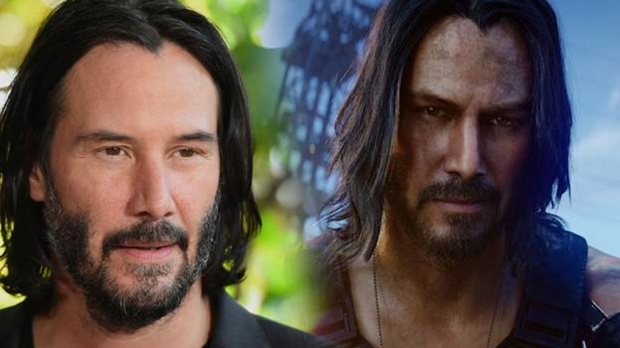 Now there's reports stating that someone "outside CDPR" -- translation: investors -- wanted a huge star in Cyberpunk 2077. Keanu Reeves was chosen, but it wasn't CD PROJEKT RED's original choice, not was it their inspiration for the chaotic character that is Johnny Silverhand in Cyberpunk 2077.

The CD PROJEKT RED employee said: "I don't want to hate on Keanu, but f***ing hell, our original Johnny was way cooler and sounded like a maniac. Think Foltest on crack. Our original Johnny was heavily inspired by David Hayter's Solid Snake from the first MGS and believe it or not, Cillian Murphy".

The game has been hit with a myriad of issues and complaints, seeing Sony remove Cyberpunk 2077 form its PlayStation Store and promising refunds. The original PS4 and Xbox One versions of the game were junk, running at 15FPS -- a game truly from the future and not made for the now old consoles.

But marketing the game for those consoles, and then it running like total sh*t isn't ideal -- far from it actually.

But did the allure of Keanu Reeves -- Neo and John Wick himself, the pure "you're breathtaking" moment feel like a star alignment for Cyberpunk 2077? The game is fantastic, don't get me wrong -- but it seems that there were some very big key changes in the feel and chaotic-ness of Johnny Silverhand that we missed out on to get Keanu Reeves into the game.

I'd love to see an alternate take with an unhinged Cillian Murphy-inspired Silverhand...