CD Projekt Group admits it willfully neglected and hid any evidence of Cyberpunk 2077's dismal performance on Xbox One and PlayStation 4 consoles--a move that led to mass refunds and significant controversy. Now the company is being investigated for deceptive practices and could get charged in court for their admission of withholding information for material gain. 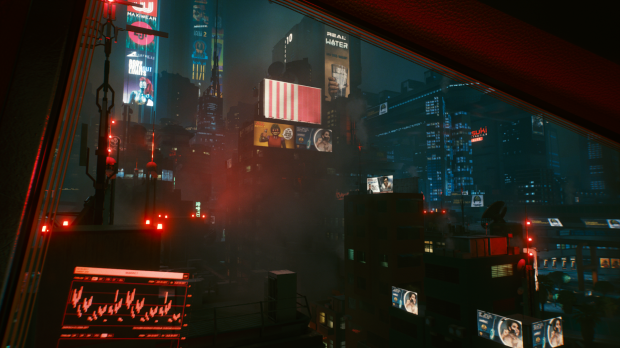 At least four major law firms are gearing up for possible lawsuits against Cyberpunk 2077 developer CD Projekt Group for willfully deceiving investors. Before Cyberpunk 2077's launch, CDPR knew about the game's bad performance on PS4 and Xbox One systems, but chose to ignore it and not inform shareholders about the issues. Later in a call to investors, the studio admitted it not only knew about the problems, but chose to deceive the public (and investors).

The resulting controversy has caused CD Projekt Group shares to drop by 33% since Cyberpunk 2077's launch on December 10, wiping out over $641 million from the company's market share value.

Now law firms are getting involved and scrutinizing the company. The investigations are predicated on whether or not CDPR lied to investors in order to secure financial gain. If convicted, the company could face substantial penalties in both the United States and overseas.

One firm, New York-based Wolf Haldenstein Adler Freeman & Herz LLP, is investigating CDP for possibly "issuing materially misleading information to their shareholders and investing public." The firm is encouraging any shareholders who have experienced financial loss to contact them at classmember@whafh.com or (800) 575-0735 or (212) 545-4774.

Another firm that specialized in fraud cases, the Los Angeles-based Schall Law Firm, said this in their announcement: "The investigation focuses on whether the Company issued false and/or misleading statements and/or failed to disclose information pertinent to investors."

Investor rights law firm Rosen Law is also looking at the company and preparing a lawsuit. Two days ago, Rosen Law announced "an investigation of potential securities claims on behalf of shareholders of CD Projekt S.A. (OTC: OTGLY, OTGLF) resulting from allegations that CD Projekt may have issued materially misleading business information to the investing public."

If you purchased securities of CD Projekt please visit the firm's website at http://www.rosenlegal.com/cases-register-2010.html to join the securities action. You may also contact Phillip Kim of Rosen Law Firm toll free at 866-767-3653 or via email at pkim@rosenlegal.com or cases@rosenlegal.com.

CDPR is also being investigated in their home country.

"My name is Mikołaj Orzechowski, I am a Warsaw attorney and at the same time a CDPR investor. In connection with the recent events - and in particular the suspension of the sale of the CYBERPUNK 2077 product, we are currently analyzing, together with the team of the law firm, the grounds for bringing a class action together with the notification of the possibility of committing an offense under Art. 286 of the Penal Code. - misrepresentation in order to obtain financial benefits," Orzechowski wrote on Bankier.pl, a financial institution/news portal similar to Yahoo Finance.

This is likely only the start and more law firms could start opening more investigations into the matter.