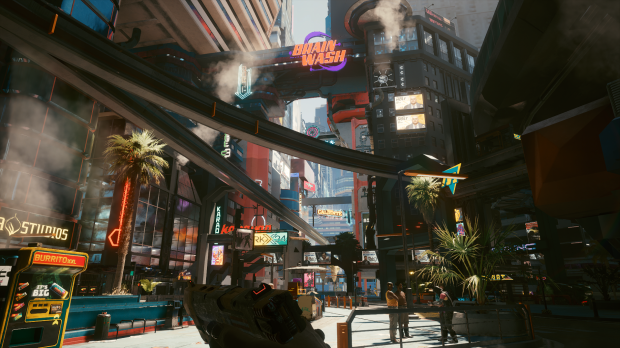 Playing with mods and using console commands is a big part of PC gaming (it's also what makes games like Doom Eternal and Fallout 4 so fun). Cyberpunk 2077 has a dev console built into it, but you have to use a special mod to access it. Sadly, CDPR is turning off this console in Hotfix 1.05.

Once the update goes live, PC gamers will no longer be able to launch the console and input commands. The rationale is simple: CDPR doesn't want the game to crash or glitch up any more than it already does. "Removed debug console to prevent functions that could lead to crashes or blocked quests," reads the update's patch notes.

If you want to cheat, do it now.

I don't have a PC version of the game or I'd show you how to set up the console and what kinds of commands you can use to manipulate the game. From my understanding, you can grab items, money, and do all sorts of nifty things like teleporting to specific locations. This all comes at the risk of messing up your game save, so be sure to back those up.

CDPR also teases that official CP2077 mod support could be on the way, but we have to wonder just how long it'll take to show up. Remember, CDPR not only has to fix the PS4 and Xbox One versions but shore up the PC glitches as well. Then there's the expansions and the multiplayer-only component too.

"This doesn't mean we don't want to support the modding community. Stay tuned for more info on that," CDPR said.