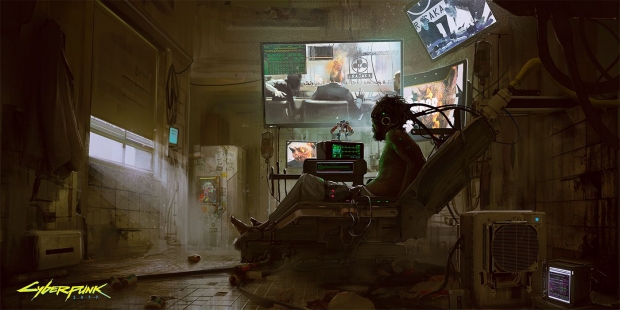 Ruppert played through Cyberpunk 2077 and suffered "one major seizure" and then "felt several moments where I was close to another one" but decided to push on, so that she could put together a small guide for players who want to play Cyberpunk 2077 -- and don't want to miss out because they know it will trigger a seizure.

It seems the big problem with seizures while playing Cyberpunk 2077 are the Braindances, which are a feature of the game that lets players use Braindances to access another person's memories. Ruppert writes that "pretty much everything about this is a trigger and this is something that caused me to have a grand mal seizure when playing to help with our review. This is also a trigger on many levels, starting with the device itself".

She continues: "When "suiting up" for a BD, especially with Judy, V will be given a headset that is meant to onset the instance. The headset fits over both eyes and features a rapid onslaught of white and red blinking LEDs, much like the actual device neurologists use in real life to trigger a seizure when they need to trigger one for diagnosis purposes. If not modeled off of the IRL design, it's a very spot-on coincidence, and because of that this is one aspect that I would personally advise you to avoid altogether. When you notice the headset come into play, look away completely or close your eyes. This is a pattern of lights designed to trigger an epileptic episode and it very much did that in my own personal playthrough".

I think the parts where Laura explains that "much like the actual device neurologists use in real life to trigger a seizure when they need to trigger one for diagnosis purposes" and "if not modeled off of the IRL design" and "a pattern of lights designed to trigger an epileptic episode and it very much did that in my own personal playthrough" -- are pretty scary.

The game is designed it seems, to quite literally cause seizures but developer CD PROJEKT RED didn't have a massive seizure warning in front of, or as Cyberpunk 2077 is loading. There's a seizure warning in the EULA, but who the hell reads through those.

CDPR is on it, however. I think it should've been done during development, but hey.