AMD is about to launch its new RDNA 2 architecture that powers the Radeon RX 6800 XT and Radeon RX 6800 graphics cards, with soemthing NVIDIA doesn't have: Smart Access Memory. 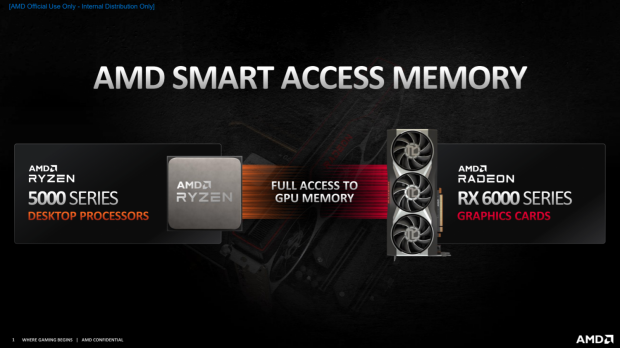 But now NVIDIA is chiming in with some news, with GamersNexus tweeting that NVIDIA said regarding SAM: "The capability for resizable BAR is part of the PCI Express spec. NVIDIA hardware supports this functionality and will enable it on Ampere GPUs through future software updates. We have it working internally and are seeing similar performance results".

So we are probably a couple of months away from a SAM-style feature upgrade for Ampere GPU owners, which in other words is all of the GeForce RTX 30 series graphics cards. The beauty behind NVIDIA's solution is that it will work on Intel and AMD processors, and many more chipsets -- versus AMD's limitations of Zen 3 + X570 + RDNA 2.