The wait for RDNA 2 is nearly over, with AMD detailing its new Radeon RX 6000 series graphics cards and a couple of teases of what is growling underneath the hood of Big Navi. 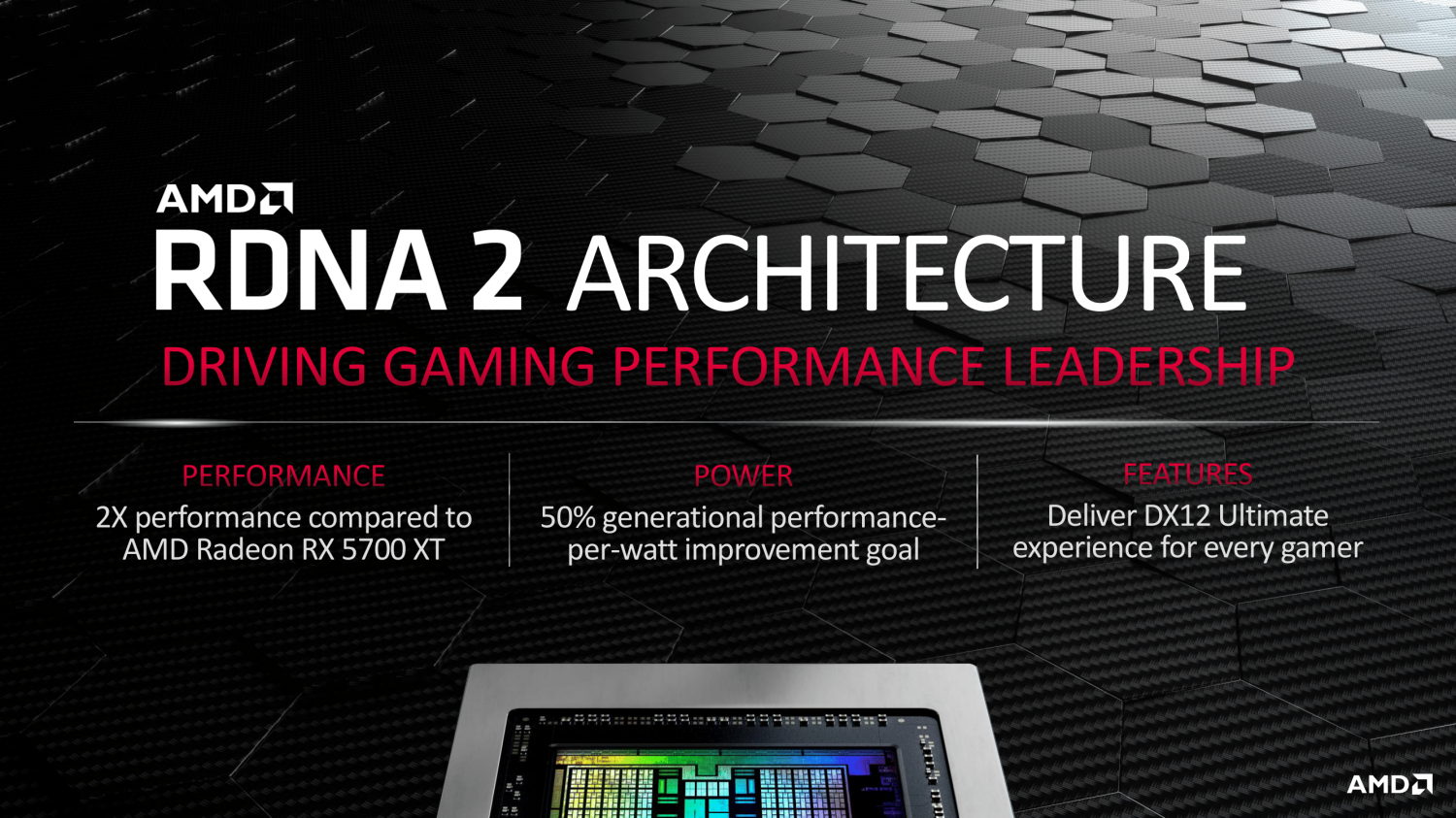 RDNA 2 has an incredible performance uplift that is 2x over the previous RDNA-based flagship Radeon RX 5700 XT graphics card. Not only that, but we have 50% generational performance-per-watt improvement goals being hit by AMD, too.

AMD explains that during the development of RDNA 2 it wanted to build a high-performance architecture that could scale into many products. Not just the flagship Radeon RX 6900 XT, but up and down the stack with high performance. 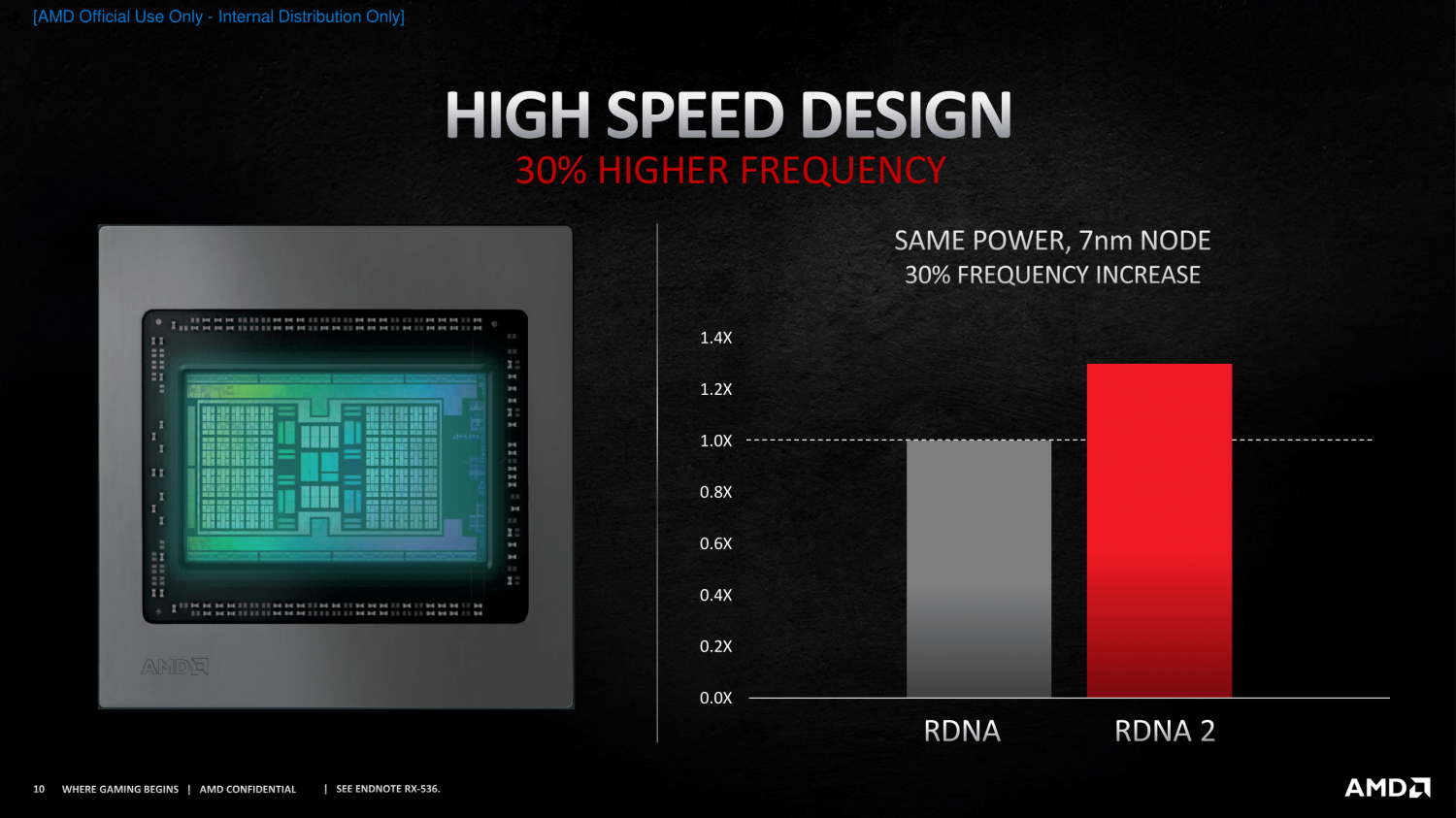 In order to do that, they used the expertise that the company has been stacking into their back pocket from their success in their CPU division -- over and into the GPU architecture side of things.

AMD said that it performed "surgical" detail changes on all elements of the Compute Units, which made them super efficient -- with gigantic IPC improvements and more which has RDNA 2 and its new CUs seeing an improvement of up to 30%. 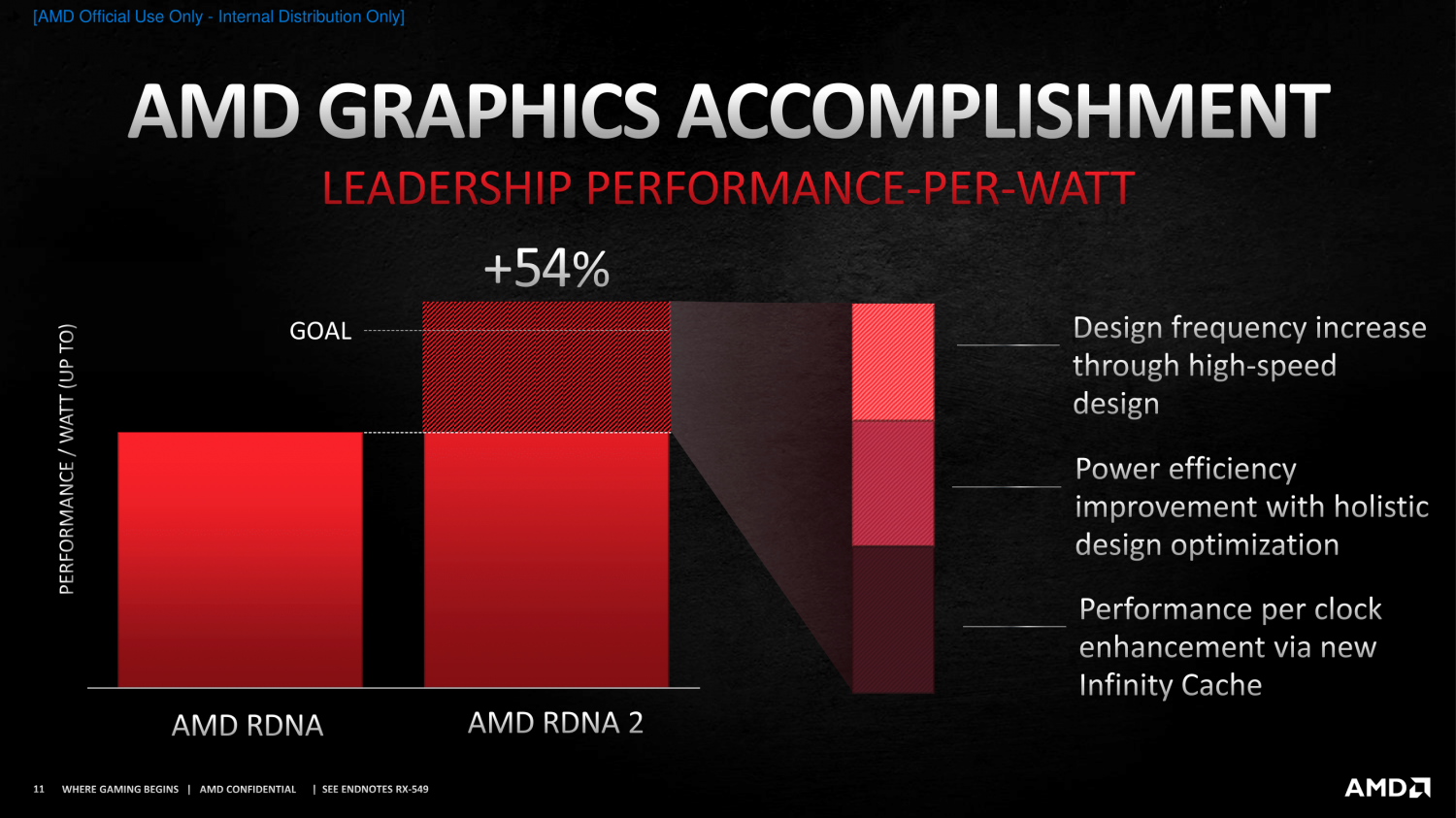 Not just that, but the RDNA 2 architecture introduces something very exciting in the new Infinity Cache -- which takes a 256-bit memory bus and GDDR6 memory and has it performing like the faster 320-bit and 352-bit memory buses on NVIDIA's new GeForce RTX 30 series cards and faster GDDR6X memory. 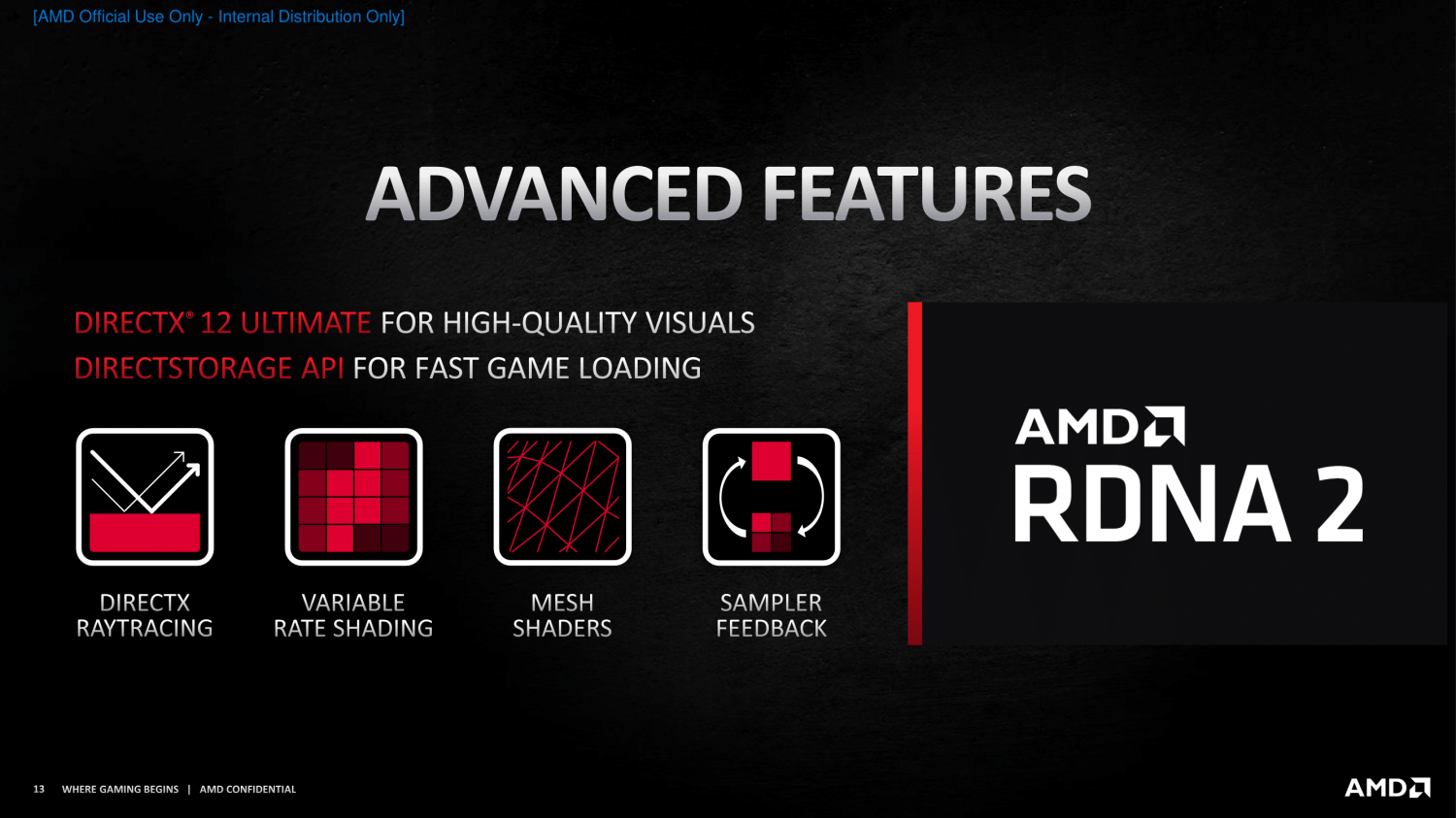 AMD's new RDNA 2 architecture has DirectX Raytracing (DXR) support, Variable Rate Shading (VRS) and more -- each compute unit has hardware ray tracing so we should see impressive ray tracing support. NVIDIA has dedicated RT cores, so we should expect to see superior ray tracing performance on GeForce -- but I want to do my own testing first.