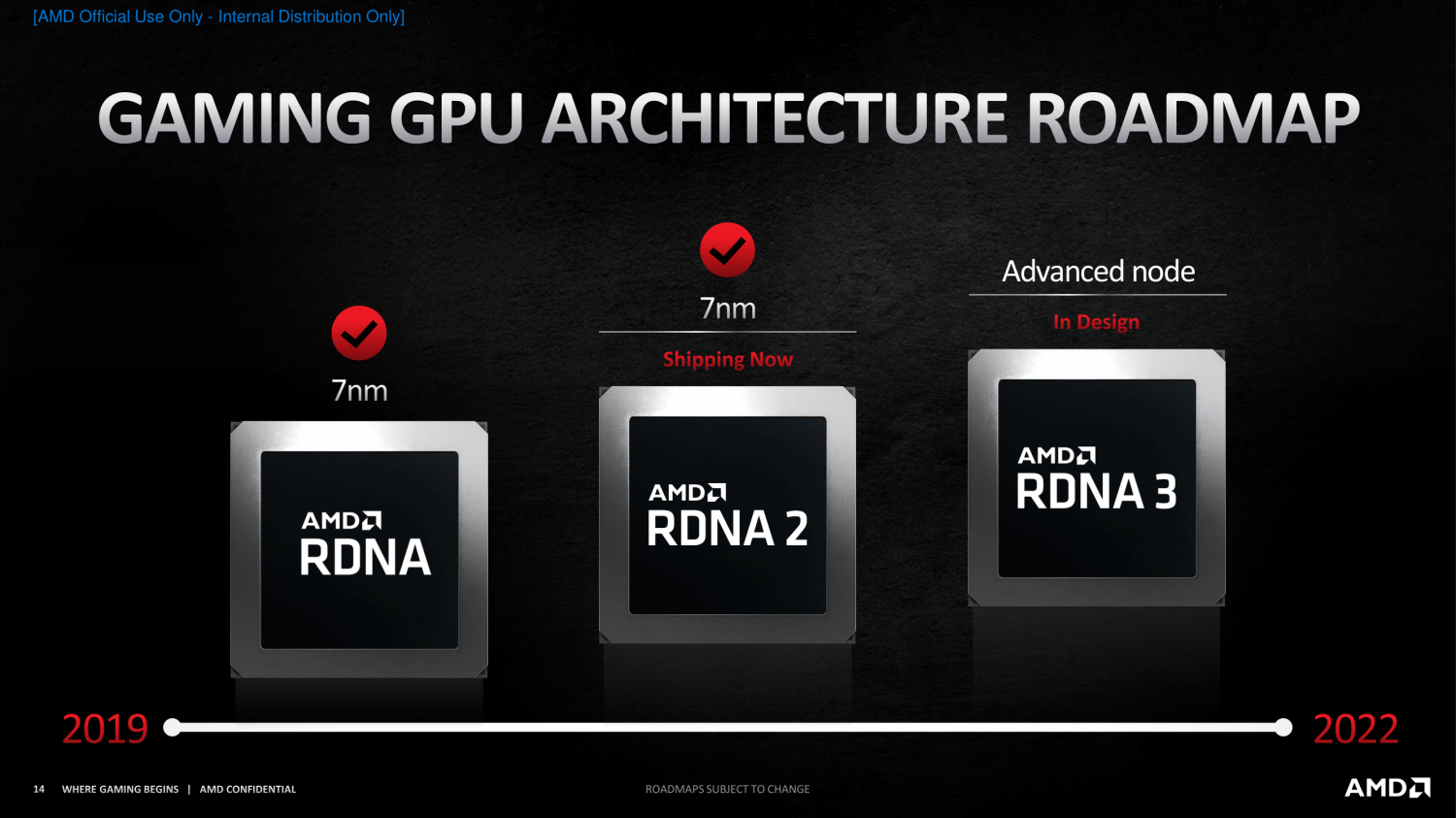 RDNA 2 is not even here yet, but AMD has said that they have RDNA 3 teams in execution and that the next-next-gen GPU architecture is doing "very well". AMD adds that it is "really excited" on the trajectory of the new RDNA 3 architecture.

We should begin to hear more from AMD on the RDNA 3 architecture sometime in 2021, after it begins to knock things around considerably with the release of the RDNA 2-based Radeon RX 6800 XT and Radeon RX 6900 XT graphics cards.