AMD has a serious ace up its sleeve with the Radeon RX 6900 XT graphics card, which is the very best SKU of the entire Big Navi family of RDNA 2-powered graphics cards and it'll cost $999. 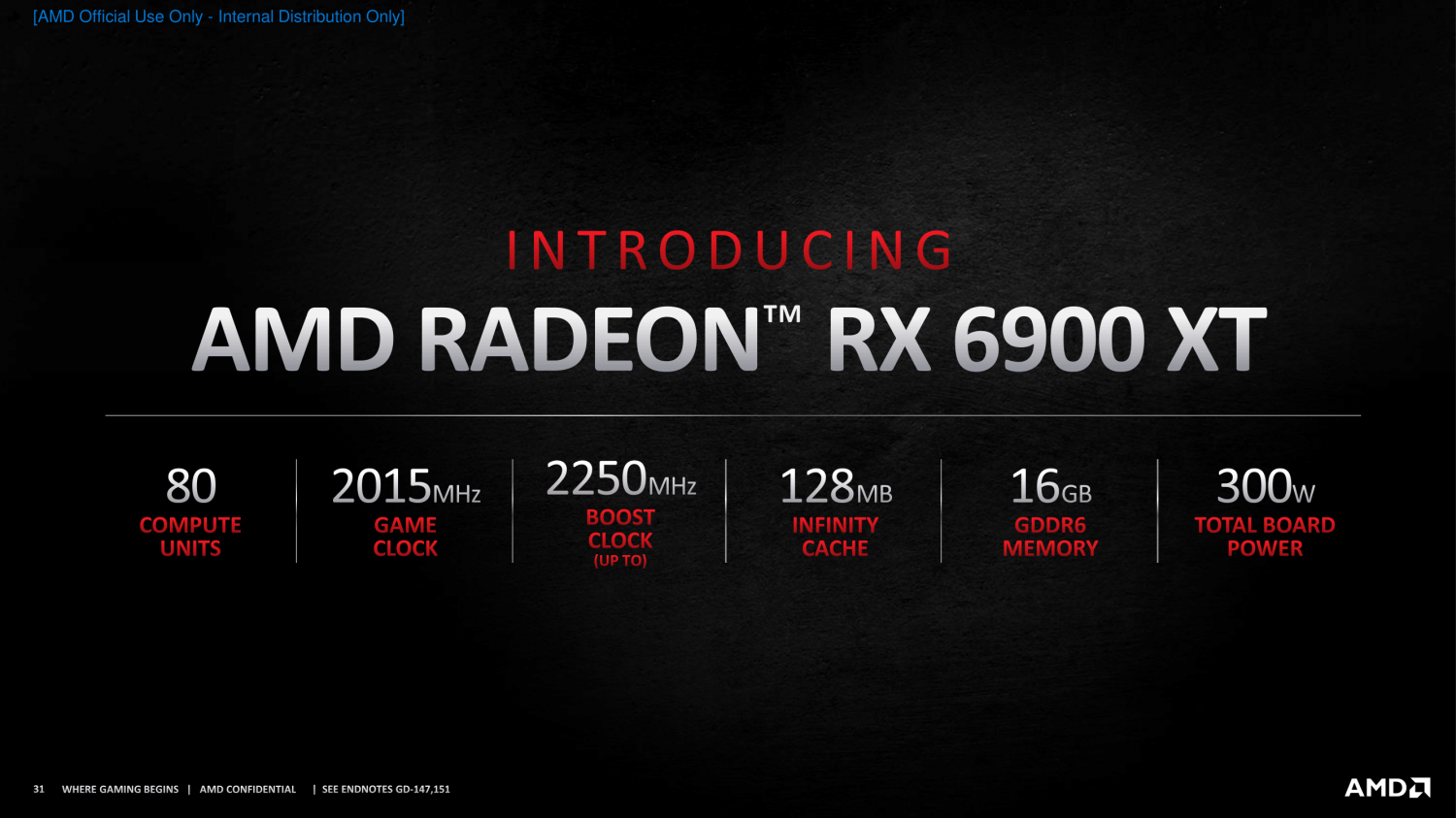 AMD is really going for the throat with the Radeon RX 6900 XT, with it competing and even beating NVIDIA's very best -- and $1499 in price -- GeForce RTX 3090. We have better performance at 4K with games like Battlefield V, Call of Duty: Modern Warfare, Gears of War 5, and more. I want to do my own testing, but these results from AMD are beyond promising.

The Radeon RX 6900 XT has 128MB of Infinity Cache, which AMD explains that they took in everything the teams on Zen, EPYC, and server solutions and baked it into the RDNA 2 architecture in the form of Infinity Cache.

This means AMD can use a smaller 256-bit memory bus with 16GB of GDDR6 on the Radeon RX 6900 XT, and with Infinity Cache it provides more performance than if the RX 6900 XT was sitting on a wider 384-bit memory bus... all while using less power. 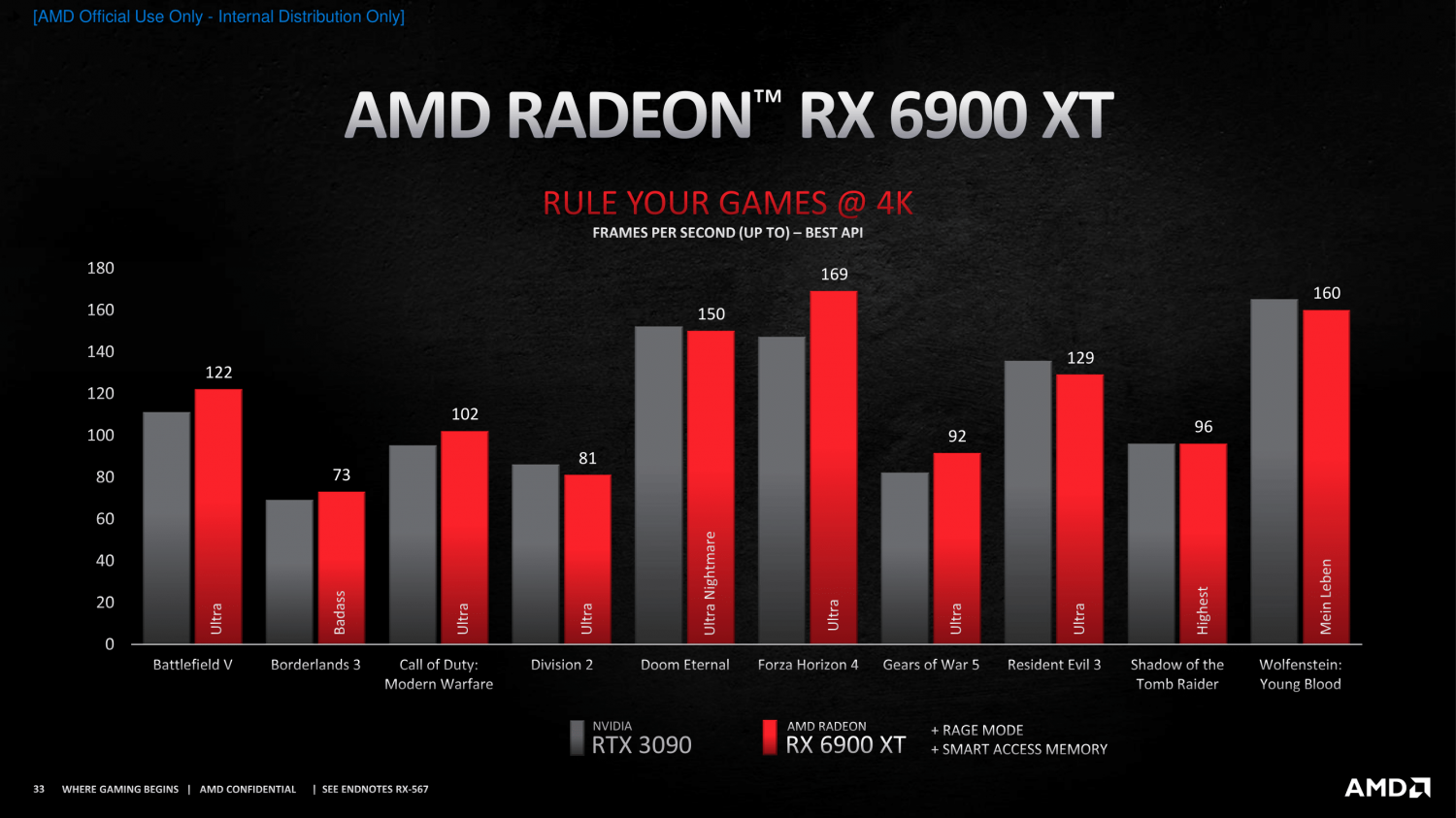 AMD effectively has the same memory bandwidth and power at 4K with GDDR6 thanks to Infinity Cache, versus NVIDIA needing the higher-end GDDR6X memory for its flagship GeForce RTX 3080 and RTX 3090 graphics cards.

AMD recommends mixing the Radeon RX 6900 XT graphics card with the flagship Zen 3-based Ryzen 9 5950X processor -- and so do I. I plan to secure myself a new Ryzen 9 5950X to throw into my X570 motherboard for my Big Navi testing, and I can't wait.