NVIDIA has reigned supreme so far without any competition from Team Red, but AMD has come out swinging with the new RDNA 2 architecture and the mainstream 4K gaming card with the Radeon RX 6800 XT graphics card. 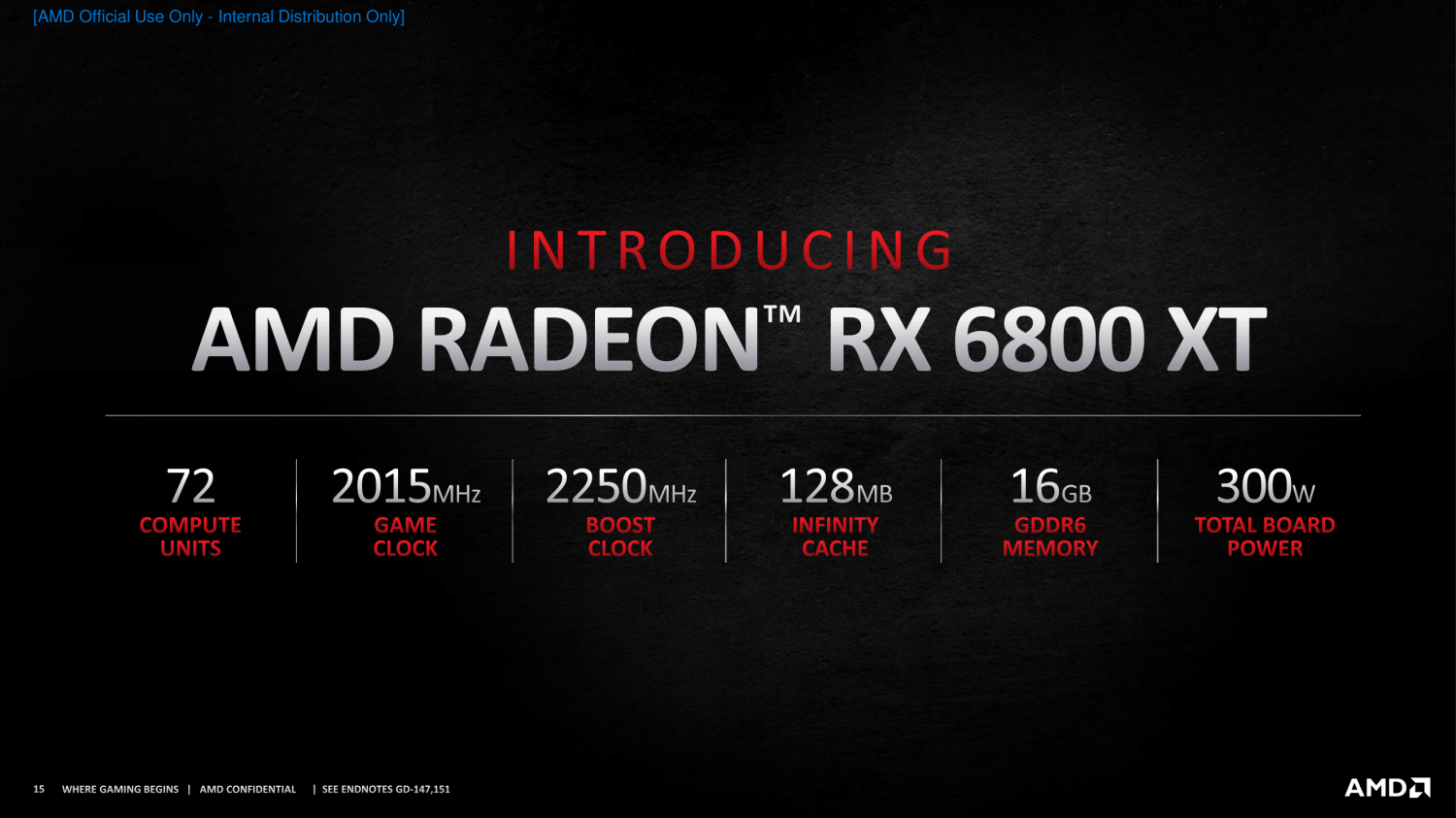 It retains its large 16GB of GDDR6 with the same 128MB of Infinity Cache that delivers some far-above-its-class memory bandwidth on its 256-bit memory bus. 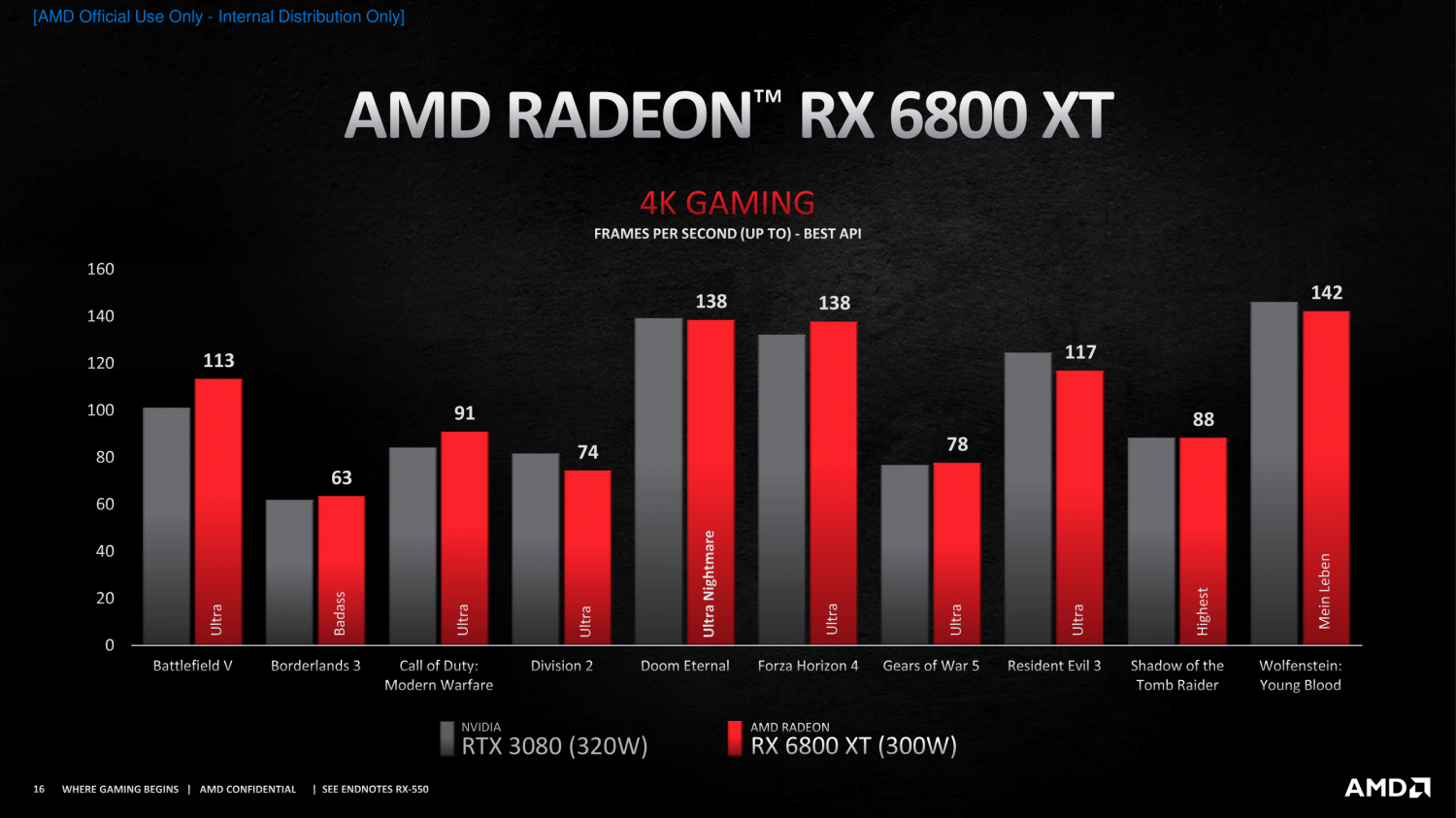 In terms of performance, AMD is comparing its new Radeon RX 6800 XT against NVIDIA's new 4K gaming champ in the GeForce RTX 3080. Early on you can see in the chart at the bottom that AMD is making it clear the RTX 3080 uses 320W of power, while its new RX 6800 XT uses 300W in comparison.

Is it so? AMD's new card is just as fast, and in half the games it's faster than the RTX 3080 -- and uses less power? RDNA 2 is quite the revolution indeed.

Whereas the Radeon RX 5700 XT was a great 1080p and 1440p gaming card, it wasn't quite up to the task of heavy 4K 60FPS+ gaming. RDNA 2 is here with the answer, and 4K gaming becomes more than just a reality -- but totally achievable with Big Navi. 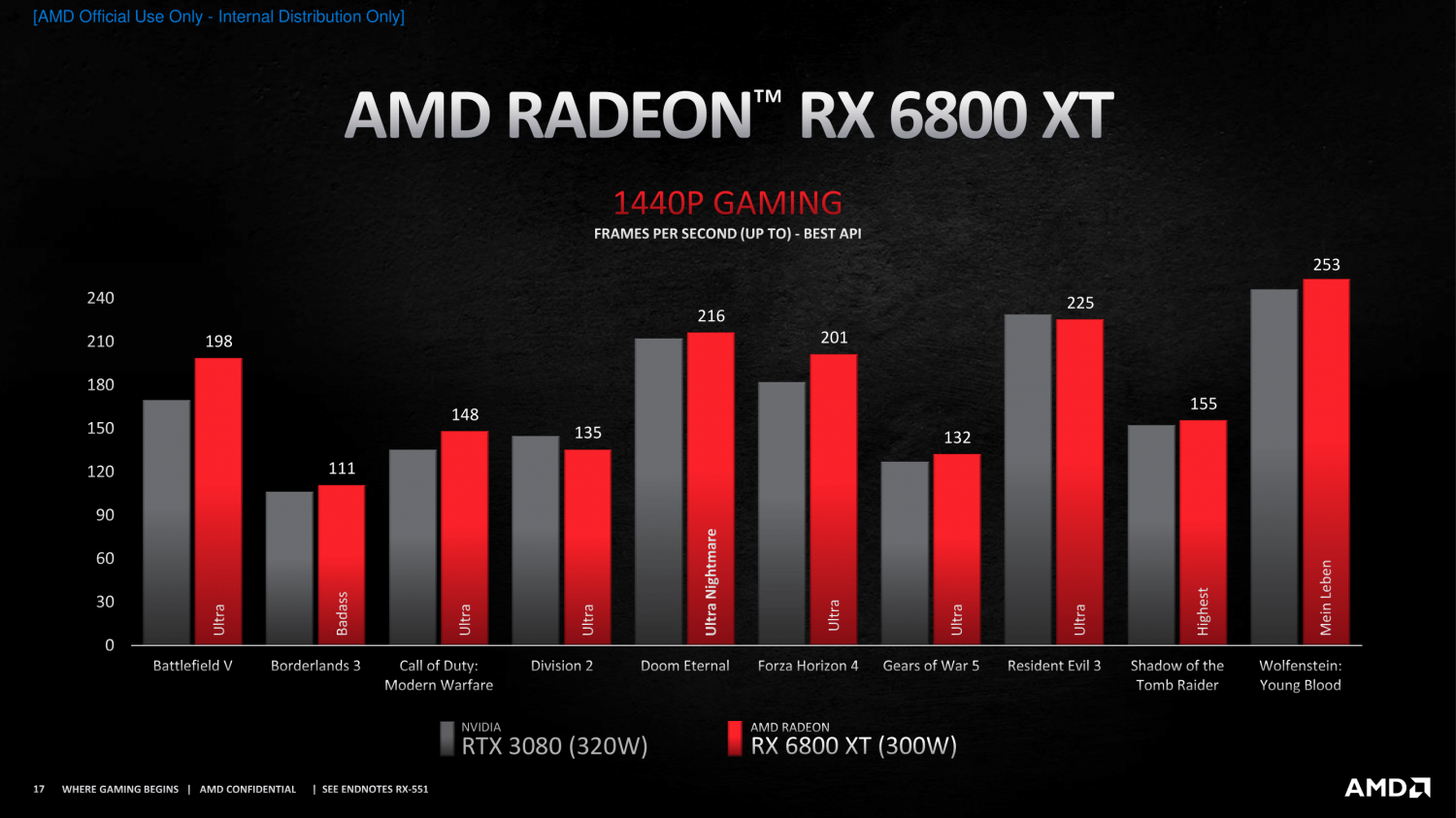 The same goes again for 1440p gaming, where you should be able to enjoy 120FPS+ in virtually everything on the market with maxed out details on the Radeon RX 6800 XT. Juicy.