Zappar has been around since 2011 and has previously shipped two smartphone-based AR products. In 2016, the company shipped the first ZapBox, a mixed reality product made of cardboard to keep it affordable. Zapper followed that up with a flat-pack version the years later. The third iteration of the ZapBox ditches the box altogether. As Zapper put it, they have "made the leap from 'cardware' to hardware." 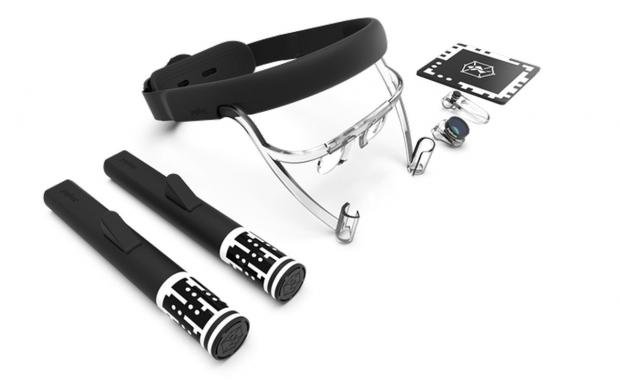 All-new ZapBox is a relatively simple device. It consists of a rigid head strap with a mechanical adjustment system. Curiously, the headset doesn't include an enclosure. Instead, it offers a suspension system that holds your phone in front of your eyes. The unique design allows you to see your phone screen and the world around you without limiting your natural field of view. The package also includes a pair of 6-DoF motion controllers, each with a single trigger for input.

All-New ZapBox uses markers to track content and track the motion controllers, which helps keep the device's cost to a minimum. As far as we can tell, the motion controllers are passive devices that don't require any electronics. The trigger pushes the tip of the controller up, which alters the shape of the tracking marker.

The ZapBox platform also includes an SDK that integrates with Unity, so it should be easy for developers to bring content to ZapBox.

All-new ZapBox is available for pre-order on Kickstarter. Zapper expects to ship the first units in April 2021. 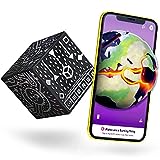