The PS5's SSD can theoretically shrink file sizes by virtue of its data-streaming efficiency and elimination of seek times, but launch PS5 games will still be pretty big.

New product listings for Spider-Man Miles Morales and Demon's Souls confirms PS5's launch games will still be pretty sizable. The PS5's SSD clocks in at 825GB, which translates to roughly 768GB of usable space. That's less with the OS installed, and shrinks even more with the inclusion of Astro's Playroom, which comes pre-installed on every PS5.

Demon's Souls, on the other hand, is a next-gen PS5 exclusive that was built with the SSD in mind. That game clocks in 66GB, or roughly 8.5% of the PCIe 4.0 SSD's available space. 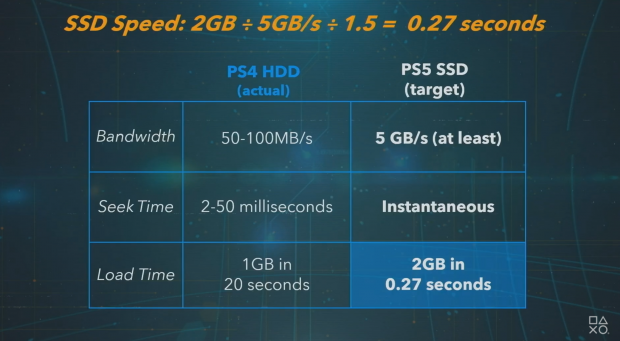 The PS5's SSD initially focuses on speed through efficiency, but file sizes are likely to remain in the 50-60GB range due to higher-resolution assets.

Given this, the PS5's SSD will be able to hold 8-10 AAA games of varying size. Even less with huge storage gluttons like Warzone installed. We can only guess how big GTA V on PS5 will be.

We don't know the install sizes of very many next-gen PS5 games. Only a handful of PS5 title sizes have been revealed. Information on next-gen games is woefully scattered, and Sony's myriad of game listings--PlayStation Store, PlayStation Direct Store, and miscellaneous product pages with very little specific info--don't outline all the details.

We're trying to compile the information into a listed chart but even then it's slim pickings. We simply don't have enough data to compile just yet.

Ultimately, though, we shouldn't expect PS5 next-gen games to be dramatically smaller. Mark Cerny said that the PS5's SSD can fundamentally change how games are made, but that doesn't mean it'll happen any time soon. These kinds of iterations may take 1-2 years.

Then again, Insomniac is already doing it out of the gate so it totally depends. 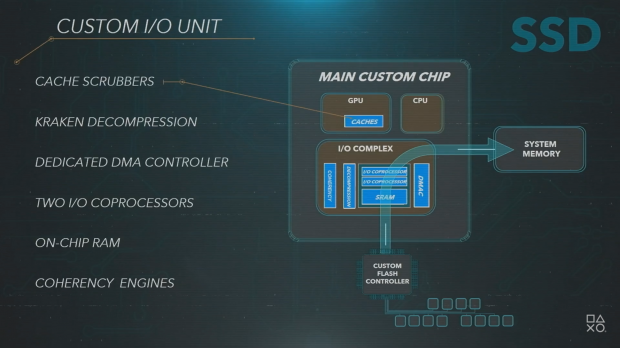 Here's what developers have said about the PS5's ultra-fast 5.5GB/sec PCIe 4.0 SSD.

"We are already changing the way we think about the SSD. We see it not just as storage but also memory, utilizing the speed of the SSD to load data at blistering speeds, bringing you straight back into the action to avenge your many deaths," said Gavin Moore, Creative Director, SIE Japan Studio.

"The SSD and custom I/O architecture around it allows us to send players across dimensions with near-instant speed. It fundamentally changes the rules and allows us to think about ideas and game designs that are only possible on PS5," said Marcus Smith, Creative Director, Insomniac Games.

"A bit further into the next generation I'm expecting we'll start seeing developers make more use of the not-so-obvious benefits of the SSD. This is what excites me the most! What does it mean for developers when everything can be loaded from the disk that fast? Will we even need the concept of "levels" anymore?.... The possibilities for this tech are exciting for me as a developer, and exhilarating for me as a gamer,"said Ari Arnbjornsson, Lead Programmer, Returnal.

"The SSD is a gamechanger, I think as this generation matures we will see some amazing innovation in streaming and open-world game design,"said Neil Hill, Lead Programmer, Far Cry 6.

"Hitman 3 pushes you to explore and experiment in huge sandbox locations - and being able to save/load frequently is key to that. The blitz-fast load times we are seeing on the PS5 console encourages [player] experimentation more than ever,"said Mattias Engstrom, Game Director, Hitman 3.

Check below for a list of launch games available on the PlayStation 5:

Check below for a side-by-side comparison of the full 9th generation of console hardware: 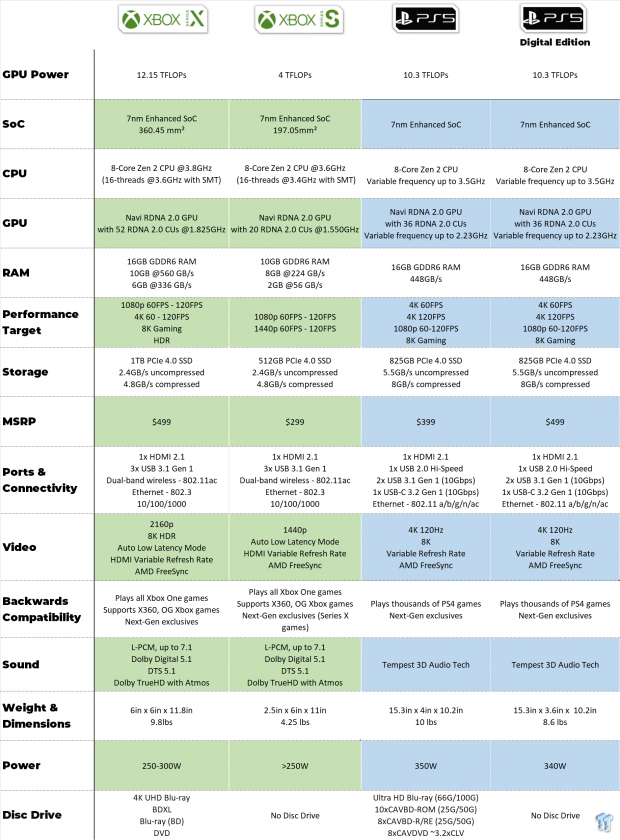