The Last of Us Part II is Sony's third best-earning PlayStation game of all time in the United States, beating historical legacy games and second behind other PS4 mega-hits. 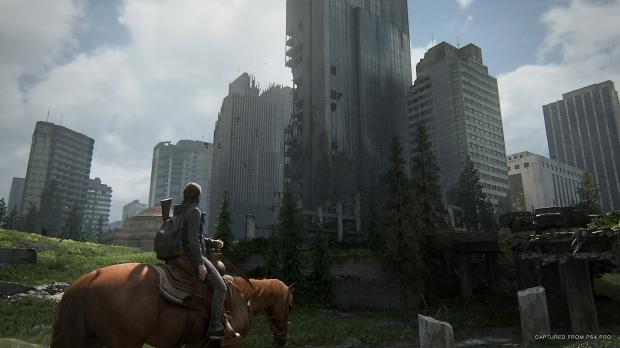 According to NPD Groups latest U.S. earnings for July 2020, The Last of Us Part II has cemented itself as the third best-earning Sony game of all time, and is currently the third best-selling game of 2020 to date. The game sits behind PS4 games like Spider-Man and God of War, which conquer the U.S. sales revenues charts. 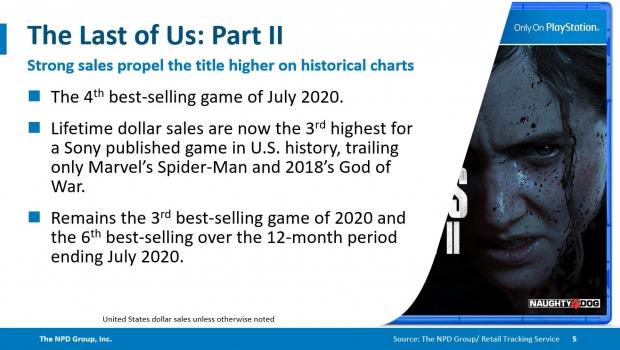 No exact sales revenues were given for the sequel, but Sony did confirm The Last of Us Part II was the fastest-selling PS4 exclusive of all time with four million copies sold in 3 days. 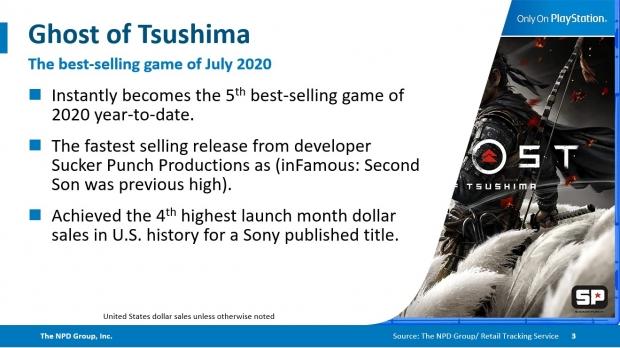 Meanwhile, Ghost of Tsushima was the best-selling game of July 2020, and has become the fifth best-selling game of the year so far. This trend of Sony dominated sales charts with first-party exclusives is nothing new, and speaks volumes about the company's strong premium game focus.

For the entire month of July 2020, software made $3.25 billion, up 34% year-over-year. This was due to COVID-19 disruption and the release of big heavy-hitting games like Ghost of Tsushima and Paper Mario: Origami King, which is now the best-selling Paper Mario game of all time. 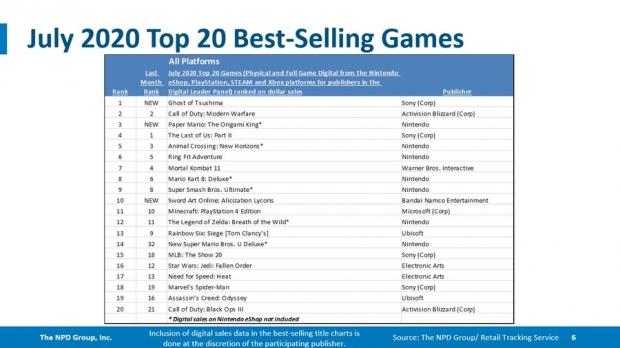