Halo: Infinite was just delayed to 2021, but some companies like Monster Energy didn't get enough time to postpone their promotional plans. So they're running an Xbox Series X / Halo: Infinite giveaway even though the game isn't coming out in 2020. As with any giveaway, Monster put up prize pool worth, and gamers have done some quick math to potentially extrapolate the Series X's price. This isn't accurate. 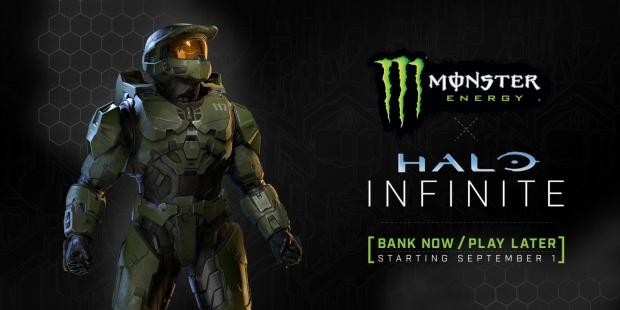 In the promo, Monster Energy is giving out 200 first-prize bundles that include an Xbox Series X and a copy of Halo: Infinite. The first place prize pool is worth a total of $199,998, Monster says. A bit of quick math dividing the total prize pool value from the amount of prizes gives us $599.99, which people have suspected is the console's final price.

This is erroneous for two reasons: It doesn't include the $59.99 cost of Halo: Infinite, and Monster Energy flat-out says this is an estimation of the total prize pool's value. With Halo: Infinite's $59.99 MSRP subtracted, the console's value is roughly $539.99, which leans much closer to a $499 base price for the Xbox Series X. Even this isn't entirely accurate and Monster is guesstimating to cover its bases.

"SWEEPSTAKES 1sT PRIZES (200): There are two hundred (200) 1st Prizes (each, a "1st Prize" and together with the Grand Prizes, "Prize") available to be awarded. 1st Prize winners ("1st Prize Winners" and together with the Grand Prize Winners, "Winners") will receive one copy of the Halo Infinite Video Game and one Xbox Series X Console," reads the promo's official rules.

"The Total ARV of all 1st Prizes is $119,998. The 1st Prize and its manufacturer's suggested retail price have not been released to market at the time of print of these Official Rules. Any difference between stated value and actual value will not be awarded."

The giveaway runs from August 2020 to December 2021 and you don't actually have to buy an energy drink to enter. Monster will select the winners on February 10, 2021.