We should expect some real 4K fakery when both next-gen consoles are here, but the slower of the two -- the PlayStation 5 -- seems like it is going to struggle in 4K and that gamers might be "disappointed" by some major third-party games with "fake 4K" games.

Well people, get ready to be "disappointed" with some of the third-party games on the PlayStation 5 with some fake 4K gaming coming our way according to industry insider Jeff Grubb and his latest comments on the Basement Radio Arcade Podcast.

It seems that AMD SmartShift technology inside of the PlayStation 5, is going to cause some issues. Grubb said that game developers are having a hard time wrapping their heads around Sony's decision to use a variable frequency approach in the PS5 (through AMD SmartShift) and that many third-party PS5 games will leave gamers disappointed.

Grubb explains: "The technology that Sony's using for the PS5 is AMD SmartShift and...a lot of people are just assuming the PS5 is going to be right there with the Xbox Series X, and it may be, I don't know for sure, I'm not a developer, but this SmartShift tech is worrisome I think. What it does is it moves power between the CPU and the GPU and developers really haven't had to worry about that, especially on consoles, in the past".

He continues: "This could, at launch at least, prove troublesome, to the point where you could start getting stories from Digital Foundry or whatever saying "Y'know, the PS5 version is actually kind of wack." That will get cleared up over time, developers will figure it out, Sony will figure it out and explain to developers "here's what to do," but my understanding is they're not doing that yet and that's the issue. So, you go into launch, and people [could be] disappointed, with, like, Madden, NBA 2K, Call of Duty. That could leave a bad taste in people's mouths". 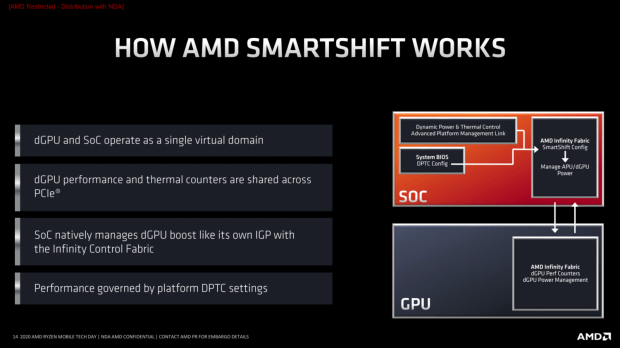 It seems the PlayStation 5 will be more expensive, and slower console -- leaving the Xbox Series X to be the cheaper, and also faster console. Interesting.