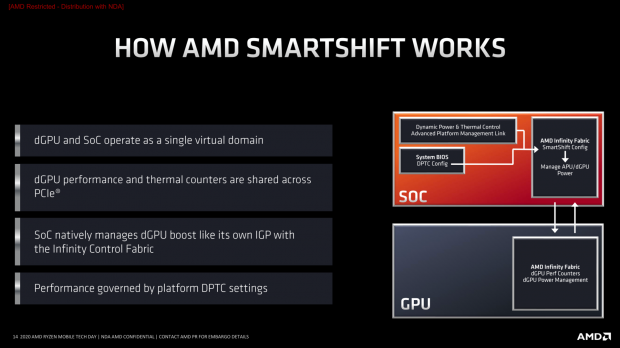 What is SmartShift and why does it matter? SmartShift is a pretty kick ass TDP management feature that can can dynamically adjust resources between a Ryzen CPU and Radeon GPU. This means that if the CPU needs more juice (remember, it's a laptop) then it will pull TDP resources from the GPU and throw them on the CPU, and vica versa.

Well, it will only be on a single laptop throughout the entire of 2020: Dell's G5 15 SE gaming laptop. The news comes directly from ex-Alienware and now Chief Architect of Gaming Solutions at AMD, Frank Azor.

In the recent "The Full Nerd" podcast by PCWorld, Azor said that laptop roadmaps are planned at least a year in advance and that most laptop makers didn't think AMD's new Ryzen 4000 mobile platform and SmartShift would be a big deal. So they waited, but because of the 1-year planning on laptops, Dell has a kinda exclusivity with SmartShift for 2020.