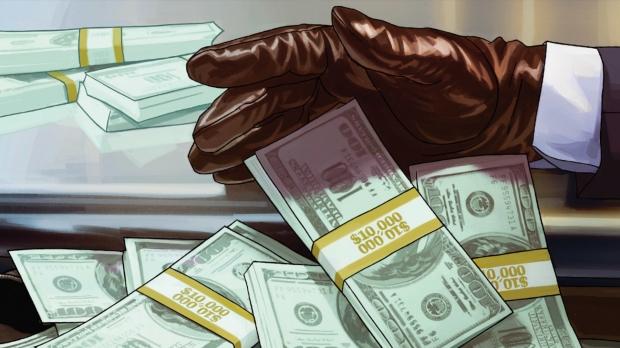 Take-Two Interactive thinks the $10 price bump for next-gen games is justified by the 'extraordinary quality' that the games offer. NBA 2K21 is the first next-gen game to cost $70, but it won't be the last, especially from Take-Two. The publisher should charge extra for all its next-gen enhanced games. This includes GTA V.

"There hasn't been a price increase for frontline titles for a really long time, despite the fact that it costs a great deal more to make those titles," Take-Two Interactive CEO Strauss Zelnick told GamesIndustry.biz. "And we think with the value we offer consumers...and the kind of experience you can really only have on these next-generation consoles, that the price is justified. But it's easy to say that when you're delivering extraordinary quality, and that's what our company prides itself on doing."

"We're definitely announcing pricing on a title by title basis. There hasn't been a front line price increase for a very long time but costs have increased significantly. We believe we're delivering the highest quality experiences in the business. It does rely on our continuing to deliver amazing experiences and that's our strategy and our goal," Zelnick said in today's earnings call.

Grand Theft Auto V is being re-released on next-gen consoles in the second half of calendar 2021, making it the third console generational release. Take-Two promises GTA V on PS5 and Xbox Series X will be a massive spectacle on the platforms, assuring high-end graphics and performance. In the call, company President Karl Slatoff said GTA V will "take full advantage of next-gen hardware" to become more "beautiful and responsive than ever."

This is the exact same thing Sony said during the PS5 press event:

"With a range of technical improvements, visual upgrades and performance enhancements, GTAV & GTA Online will take full advantage of the PS5 hardware and its new features, making the game more beautiful and more responsive than ever,"Sony said in a press release.

These high-end technical improvements will come at a premium price similar to NBA 2K21, and any other next-gen SKUs Take-Two ends up releasing.