On the heels of Sony's accidental leak, Cuphead is indeed coming to PlayStation 4 today.

Cuphead, the hard-as-nails platformer/shoot-em-up that's tormented many a gamer's soul, is blasting onto PlayStation 4 today. The game is now up on the PlayStation Store for $19.99, and is compatible with Remote Play on the PS Vita or mobile phones complete with local co-op.

The news was announced in an endearing stop-motion video with clay figures befit of the old vintage 1930s era. The footage was created by the team at Stop Motion Department in Toronto and is complemented by a nice jazz track.

"The film itself was animated without the assistance of the computer programs that allow modern stop motion animators to preview their shots and correct errors. Instead, Philip and Evan limited themselves to drawn-out charts and metal gauges to record the position of each puppet, before lining them up to their next position. This mimicked the "try your best and see what happens" limitations of the early stop motion productions."

Since launching on Xbox One, PC, and then Switch, Cuphead has enjoyed tremendous success. The indie hit had sold over 5 million copies as of September 2019 and current figures peg it around 6 million+. Some big AAA games don't even sell that well.

Check below for more info on Cuphead:

Cuphead is a classic run and gun action game heavily focused on boss battles. Inspired by cartoons of the 1930s, the visuals and audio are painstakingly created with the same techniques of the era: traditional hand drawn cel animation, watercolour backgrounds, and original jazz recordings.

Play as Cuphead or Mugman (in single player or local co-op) as you traverse strange worlds, acquire new weapons, learn powerful super moves, and discover hidden secrets while you try to pay your debt back to the devil! 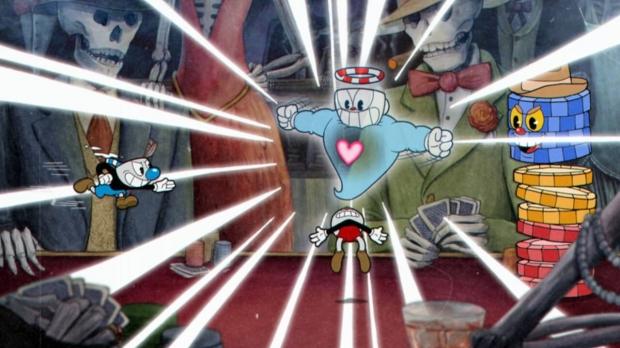 The Art of Cuphead