NASA's Hubble Space Telescope is still one of the leading instruments humans have for capturing the beauty of space. 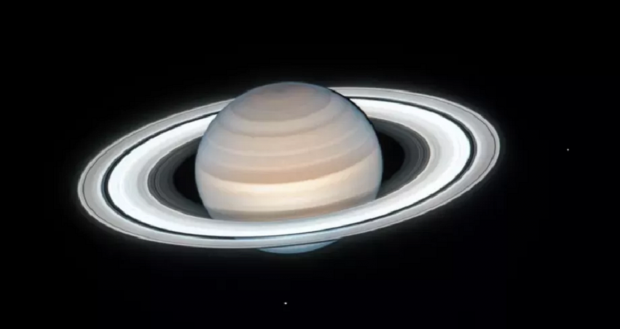 Recently, NASA worked used some of Hubble's magic to their advantage and captured a stunning image of one of the planets in our solar system. Above you can see the image that was captured, and if you couldn't pick which planet we are looking at from the image, I'm happy to tell you that it's Saturn.

From the image we can see Saturn's iconic rings, which NASA describes "Hubble's sharp view resolves the finely etched concentric ring structure. Ranging from tiny grains to giant boulders." Images such as these allow planetary sciences to observe the ever-changing atmosphere on the gas giant. Amy Simon, a planetary scientist at NASA's Goddard Space Flight Center, said in a statement, "It's amazing that even over a few years, we're seeing seasonal changes on Saturn."

For more information about Saturn, check out this link here.