AMD outed its next-generation CDNA architecture-powered Radeon Instinct MI100 accelerator during Dell's recent EMC presentation, confirming it'll arrive in 2H 2020. We have been hearing about the Arcturus GPU for a while now. 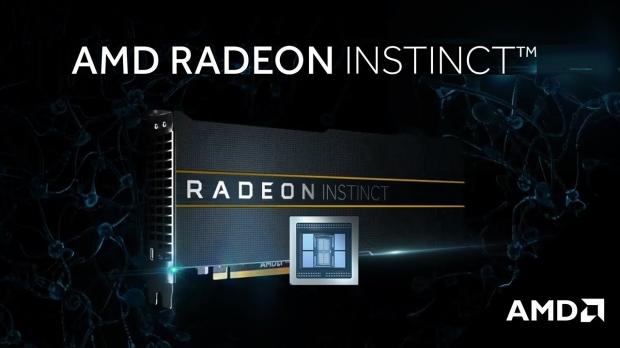 The new Radeon Instinct MI100 accelerator will reportedly pack an Arcturus XL GPU, up to 32GB of super-fast HBM2 memory with their clocks somewhere between 1000-1200MHz, and up to 200W TDP (at least in test board form). We're to expect around 25 TFLOPs of FP32 compute performance out of the board.

AMD CTO Mark Papermaster himself confirmed it, where he said: "Like our multi-generational commitment to the Zen roadmap in x86 CPU, we have done the same with our DNA architectures for GPU - rDNA for gaming and visualization, and cDNA for compute & AI. The rDNA is driving gain in AMD share for graphics and deployed in the upcoming Sony and Microsoft new game consoles, and for cDNA you will see the MI100 discrete GPU both 2nd half of 2020".

He added: "The ROCm software stack creates an alternative for GPU compute with easy portability and enabling competition".