Lamptron has rolled out a new, and very cool fan controller called the CU135. Not only will it control up to six fans inside your gaming rig, but it will also control the RGB lighting of the fans as well. It comes in a model called the CU135 RGB for six-channel RGB lightning, and a CU135 ARGB for six channels of ARGB LED. 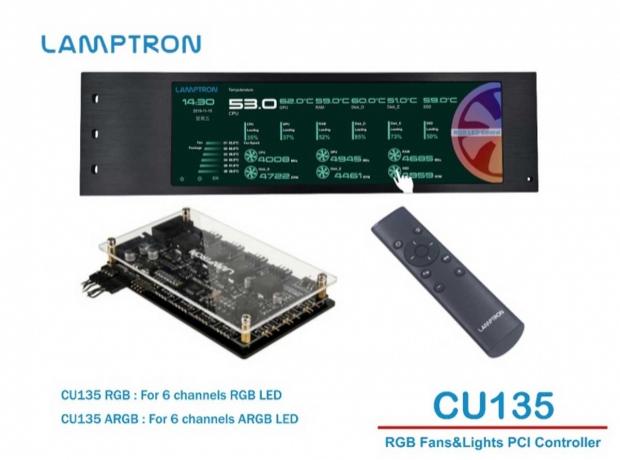 The coolest part of the system is the touchscreen that mounts to the front of the chassis and has a 7.85-inch LCD. Fans speeds and different features can be controlled using the touch of a finger. Each LED light of the fan can be programmed. The screen is also able to monitor voltage, RPM, and current temperature.

Those wanting to get complex with the lighting can enable a single breath strobe, rainbow, or fade aesthetics in addition to controlling each LED of the fan individually. A wireless remote allows the user to control the light change from across the room.

The surround holding the display is black aluminum. Connections include a single 6-pole molex, a single SATA, and six 2-pin temperature probes. RGB connectors include six 3-pin RGB connectors that can handle up to 60 LEDs per channel. Pricing and availability aren't announced. A similar Lamptron SM436 fan controller on Amazon costs right at $100. With the touchscreen and lighting control, the new CU135 will presumably cost more. Computer hardware fans should check out the Xe-HP GPU that Intel teased early in May. 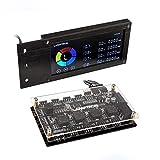