We are getting closer and closer to the reveal and launch of AMD's upcoming Matisse Refresh CPUs, with the new Ryzen 9 3900XT, Ryzen 7 3800XT and Ryzen 5 3600XT chips listed on a French retailers website. 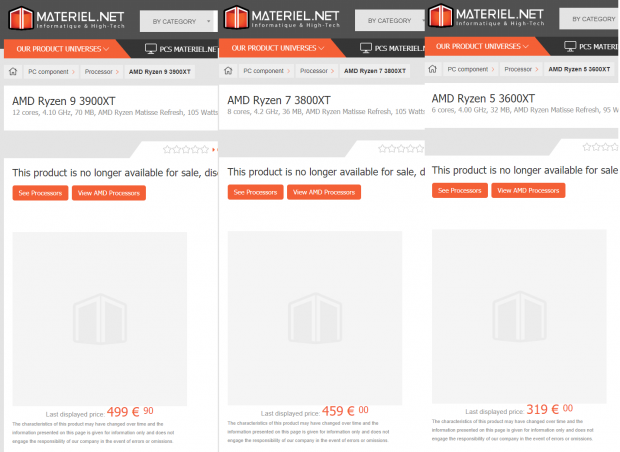 There's nothing new here, but rather one of the largest French retailers is now listing CPUs that don't yet exist, but have had plenty of rumors and details leaking about them in the last few weeks.