Fans are still iffy on Square Enix's new original Avengers game, and for good reason: We simply haven't seen all that much of it yet. But Square Enix will soon change that. 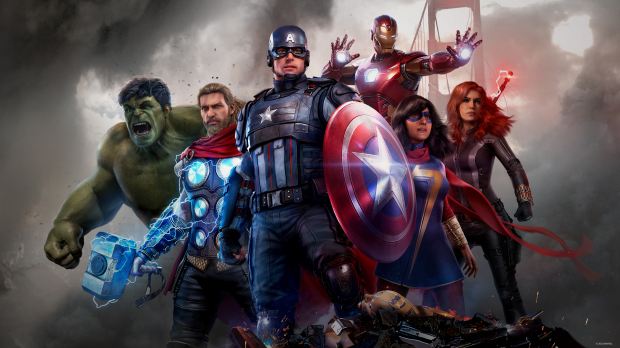 On the heels of E3's cancellation, many pubs have moved to their own digital stream events. Square Enix has no plans to lump all their reveals and updates in one big package. Instead, they'll cut them up and serve them over time. New Outriders gameplay is coming tomorrow, May 28, and new Marvel Avenger's footage will drop on June 24.

So what can we expect from the Avengers update? We already know most of the pertinent details about the Avengers game: It's a live service title with up to 4 player co-op, complete with offline singleplayer. It's a huge grind fest with 10 different crafting materials, and it'll be monetized with cosmetic microtransaction skins straight out of the comics.

Crystal Dynamic's game also has an all-original story line set in a divergent timeframe apart from the comics and films. It's kind of a standalone experience that ties in with the known characters.

The new gameplay footage promises to dive deeper into co-op play, which is something we haven't seen yet. This is extremely important and will be the major sticking point that determines the game's success. Whether or not Avengers sinks or swims depends on how they present and execute co-op.

We'll also get new story beats, as well as a showcase on new skins (of course) that incorporate more than 80 years of films, TV shows, and comics.