All live games are grind-fests, but Square Enix's new Avengers game could be exceptionally demanding for your time.

While watching the newly released Avengers trailer, I noticed something interesting: The game has ten different crafting material resources. Ten. This number doesn't include the classic free/premium currency combo that unlocks cosmetic skins. That's a lot of resources that hints at tons of collecting and grinding repeatable missions over and over to amass a mat horde. Why are there so many? Apparently the gear upgrade system is to blame.

I don't 100% know how the system works, but from the brief snippet of footage we can glean some details. It looks like items can be upgraded multiple times to unlock various perks. The perks can be upgraded more than once, but each time requires more resources. That's pretty logical and a lot of games do that. But Avengers apparently tacks on an extra resource for specific upgrades, meaning the starting resource cost is not only compounded, but also requires a separate new resource in addition to the initial cost. 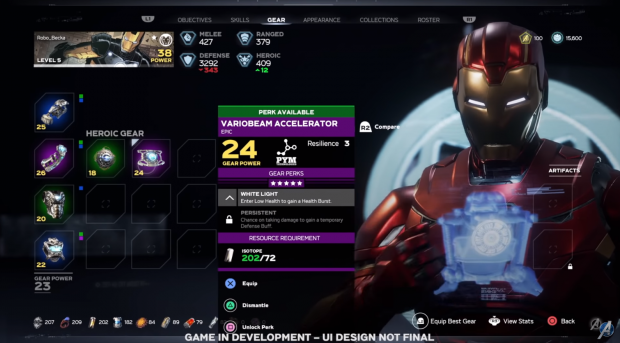 "Equip different gear pieces to customize your play style and become even more powerful. Power up gear by unlocking perks, which will change how you play the game," the video says.

There's four gear slots (at least for Iron Man) with the traditional rarity color scheme--purple for epic, green for uncommon, blue for rare, etc.--and you can equip up to two artifacts in each gear piece, further adding to the grind. There's a basic Gear Power indicator that's very similar to Destiny. 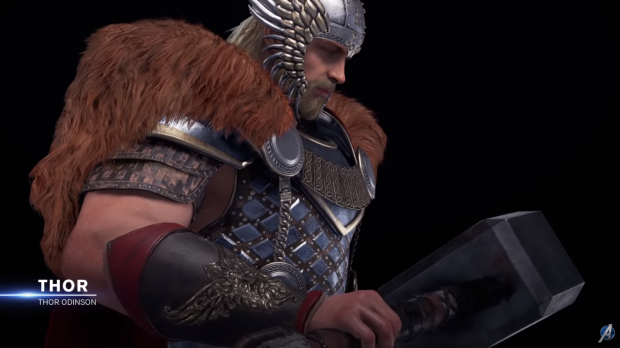 The video also gives us a look at the buyable cosmetic skins. These skins will be purchasable with real money via an in-game premium currency and can also be unlocked by playing. But of course buying the currency will be a big shortcut. Crystal Dynamics is tapping decades' worth of comic books for the skins so there's tons of customizations.

"Each character has tons of outfits inspired by over 80 years of Marvel history, as well as original new ones."

The idea here is to create a gameplay loop centered around loot, action, and social interaction. Avengers has four-player online co-op as well as offline play.

The more people play, the more they unlock and become invested. The more invested they are, the more likely they are to pay money to unlock custom skins and costumes for their characters. It's a dynamic that's represented in the billion-dollar games industry at nearly every turn, mostly by huge online juggernauts like Call of Duty, NBA 2K, and FIFA, as well as Ubisoft's assorted live games (Rainbow Six Siege, The Division 2). 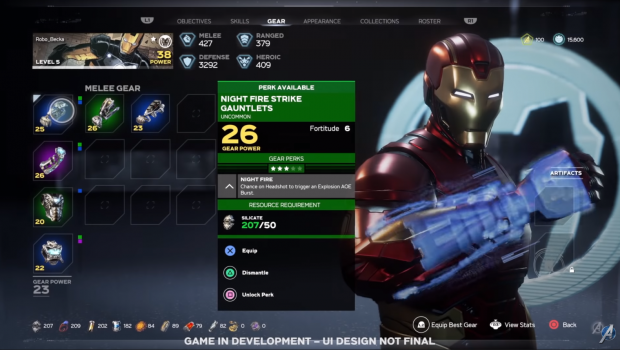 I'm pretty apprehensive about this game. It reminds me of a mixture of Anthem and Destiny with a huge loot grind. As we learned with Anthem's disastrous release, a live game has to be fun for any of this to work. It has to be properly engaging to foster the lucrative engagement-driven monetization that these games are built off of.

Make no mistake: Avengers was designed to make money over time with microtransactions. All live games are. Disney is a lot like Microsoft: It cares mostly about services and content that constantly deliver value via continued monetization. Its film slate, Disney+, mostly all of its games (with the rare exception of Jedi: Fallen Order) all reflect this. Square Enix also hopes to come along for the ride with a widely recognized IP that's already pretty huge.

Whether or not the game will be a hit or a miss depends on one thing: Is it actually fun? Whether or not anyone stays around for the loot grind is determined by the fun factor. You can't have proper engagement without fun. 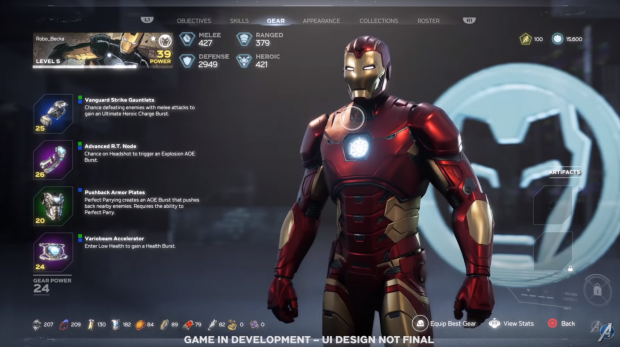