Amazon has announced the launch of new versions of the Fire HD 8 tablets that are aimed at the entire family. The new range includes the all-new Fire HD 8, Fire HD 8 Plus, and the Fire HD 8 Kids Edition. The Fire HD 8 features an eight-inch HD display, 30% faster performance with 2 GB of RAM, and twice the storage space expandable up to 1 TB with a microSD card. 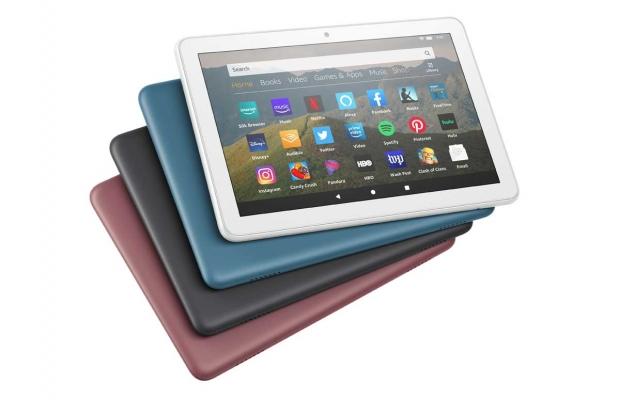 Amazon promises up to 12 hours of battery life per charge and easier charging using a USB-C port. The tablet also offers access to millions of movies, TV shows, songs, e-books, magazines, games, educational apps, and entertainment apps. The new Fire HD 8 retails for $89.99. The Fire HD 8 Plus has the same eight-inch display with the addition of 3 GB of RAM and wireless charging support.

The wireless charger does not come with the tablet, but it does include a 9W in-box USB-C charger for faster charging. For a limited time, the tablet also comes with six months of Kindle Unlimited for $109.99. The last of the new tablets is the Fire HD 8 Kids Edition. Huawei launched a new tablet recently for those wanting a bigger screen and more traditional Android experience.

The Kids Edition tablet comes with one year of Amazon FreeTime Unlimited, giving kids access to over 20,000 kid-friendly books, Audible books, videos, educational apps, and games. The big feature of the tablet is a kid-proof case that features an adjustable stand. Amazon is confident enough in that kid-proof case that the tablet comes with a two-year worry-free guarantee. Amazon is offering the Kids Edition tablet for $139.99. The new Fire HD 8 and HD 8 Plus are available for preorder today and ship on June 3. The Plus model can be preordered with in a bundle including an Amazon Wireless Charging Dock for $139.99. Preorders for the Kids Edition are also underway with shipping on June 3.