Final Fantasy 7 Remake only takes place in Midgar, but Square Enix has jam-packed tons of content into the city to keep us busy for a long, long time. 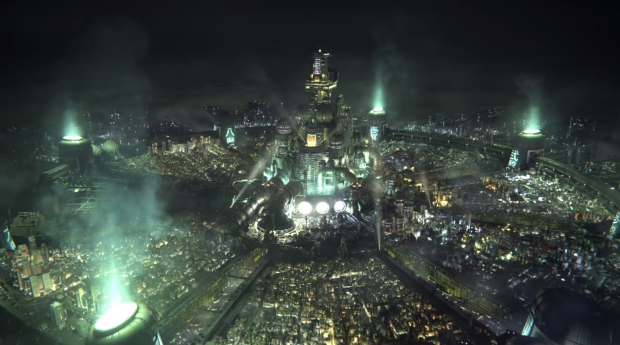 The upcoming Final Fantasy 7 Remake is technically only the first chapter of a multi-year remake slate. Even still, the game will be its own standalone RPG experience that offers tens of hours of play. Midgar, the game's sole location, is a big part of that. You won't be escaping Midgar in the first game, but that's okay: Square Enix has basically made Midgar into a world in itself.

We've heard Square Enix talk about how dense and opportunistic Midgar is, but until the game ships, we won't really know. The demo didn't really expose the city's massive scope. In a recent PlayStation Blog post, the devs discuss the painstaking work that went into Midgar and how it'll manifest as one of the most iconic rebirths of a nostalgic metropolis.

Midgar is a huge city with tons of different sectors and zones to make it feel varied, alive, and realistic. But Square Enix went above the call of duty and actually investigated whether or not the city could exist in real life. The team looked into how Midgar's crazy towers would be supported in today's age and used that knowledge to conceptualize the in-game renders.

"We really set out to make Midgar realistic. The size between the buildings, the density... that's one of the big things we set out to change," said Game producer Yoshinori Kitase.

"You know the structure of Midgar; you've the big central pillar, and each sector is supported by its own sub-pillar. We worked out the right size and construction, how big those pillars would need to be to physically support the weight of the plate on top of them. Also the honeycomb structure of the pillars and where the tunnels would have to go for it to still work as a physical structure," said co-director Naoki Hamaguchi.

"That has all been mapped out and we understand quite a lot of detail about the realities of how Midgar would be constructed as a city."

Kitase further discusses how this research will affect the game. Ultimately, Square Enix wants Midgar to feel believable, familiar, and alive--something that's actually hard to do in today's modern games. It also underlines why the project took so long to make, considering the team basically re-designed the city in Unreal Engine 4 from the ground up.

"The idea is that the city is being built from the center outwards. You can also sense the different architectural styles as you go out from the central pillar, with high-rises on the city edge. We've put quite a bit of effort into making you feel like it is modernizing as the city builds outwards."

"The core concept we worked on was that the player must be able to experience Midgar for themselves. Each individual location within has distinctive concepts and personalities. There's a different style of gameplay experience waiting in each one of them."

Right now it looks like Midgar, not Cloud or Aerith or Tifa, will be the star of Final Fantasy 7 Remake. We'll get to explore tons of new areas, interact with new characters, tackle new quests, and find lots of secrets hidden through its steampunk streets.

Final Fantasy 7 Remake launches on April 10, 2020 on PlayStation 4. It's coming to other platforms one year later.