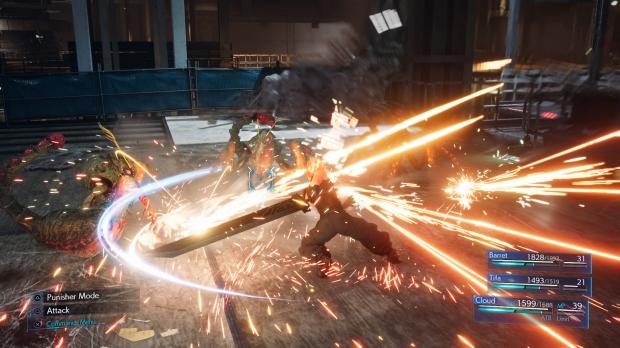 While Sony pulls out of PAX East, other Asian devs like Square Enix are excited to show off their biggest games. Right now, it doesn't get much bigger then the Final Fantasy 7 Remake. A fully-fledged playable FF7R demo will be hosted on-site at PAX East in Boston, giving die-hard fans an opportunity to try out the re-imagined RPG with its new real-time hack-and-slash combat system. This will be the fifth major city to get access to the demo after key events like E3, Gamescom, and Tokyo Game Show.

The news could also strongly hint at Square Enix releasing the public PS4 demo soon. A bit ago, the Final Fantasy 7 demo was leaked out, revealing key info about the game including characters, animations, file size info, and of course the actual gameplay itself. Considering how close we are to release (the Remake is just 7 weeks away) it makes sense to release a demo shortly after PAX East's hands-on event.

Final Fantasy 7 Remake releases on April 10, 2020 and is exclusive to the PS4 for a year. The game is only the first chapter in a multi-episode series, but Square Enix says it can be enjoyed as a standalone adventure.

Playable gameplay demo - Fans can get hands-on with the game at the SQUARE ENIX booth.

Giveaways - double-sided posters featuring the new artwork of the captivating cast of FINAL FANTASY VII REMAKE - Cloud, Aerith, Tifa, Barret and Red XIII will be available at the booth.