TCL is working on an exciting new smartphone that would be very different to Samsung's two foldable phones in the just-released Galaxy Z Flip and their first foldable in the Galaxy Fold as well as Motorola's new Razr -- a new smartphone with an extendable display. 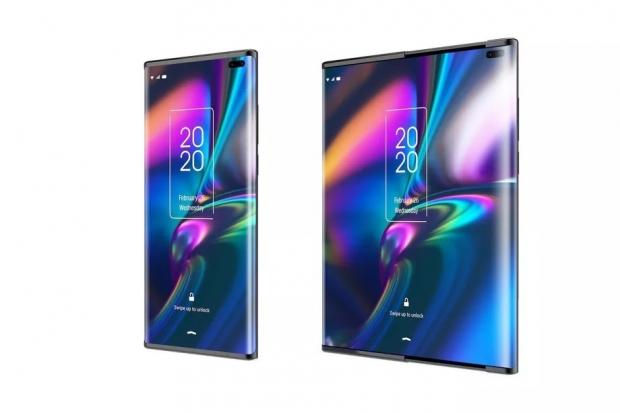 CNET has the scoop that the new concept smartphone in its non-extended form looks like an ordinary smartphone, but then the display can be pulled out and it is more the size of a tablet. CNET's "trusted source" says that "this expandable phone is a device journalists would have seen at Mobile World Congress this month", which was canceled over coronavirus fears.

How would the TCL concept smartphone 'extend' exactly is not detailed here in the photos, but the slide-out display could bend or wrap around the back of the phone, making it thicker than a normal smartphone. But doesn't that just make it a foldable display rather than an 'extendable' display? Where does the extended screen find a home when it's not extended? Questions that need answers, people.