Principal shooting for The Matrix 4 has begun in San Francisco, and now we have a glimpse at the crazy skyscraper-leaping stunts that'll return for the sequel.

The Matrix wouldn't be the same if people weren't jumping off of buildings and risking their lives for impressive scenes. A bystander recently captured The Matrix 4's stunt shooting in San Fran, showing cable-assisted leaps of faith off of skyscrapers. It looks like Neo and Trinity are doing the stunt, and Trinity may now be able to fly in the movie--unless it's just part of resetting the cable rigging.

We can't tell if its Keanu himself performing the stunts (probably so), but the actor has been recently spotted in San Francisco recording other scenes for the movie.

The sequel is expected to release in May 2021 on the same day as John Wick 4.

Some actors like Hugo Weaving aren't returning to reprise iconic roles. Lana Wachowski is currently assisting in writing and directing the film, and Keanu Reeves recently said the script is quite ambitious. 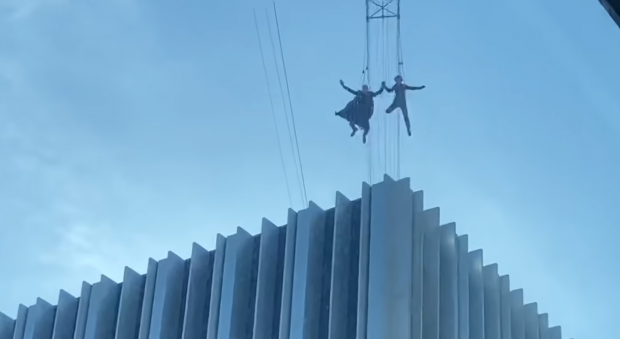