The leaks, rumors and even confirmed news on Samsung's new Galaxy S20 family of smartphones continues with news of the 120Hz display being set at 60Hz by default. We will know all about Samsung's new phones at its Unpacked 2020 event on February 11. According to Max Weinbach from XDA Developers, Samsung will be shipping the new Galaxy S20 smartphones with their displays set to 60Hz. If you want that liquid smooth 120Hz goodness, you'll have to set it manually. ASUS ships its gaming smartphone in the ROG Phone 2 at 60Hz and that is also 120Hz-capable, while the Google Pixel 4/Pixel 4 XL and OnePlus smartphones ship with 90Hz displays out of the box.

Samsung will be doing this to conserve battery life out of the box, where if they shipped them to consumers at 120Hz then you'll have millions of people wondering why their phones are chewing through battery quicker than normal on a brand new smartphone. I'm hoping Samsung provides some sort of warning on the phone like "This phone is capable of 120Hz, go here to enable it".

Samsung's new Galaxy S20 Ultra will rock a 108-megapixel camera, that will pack a 100x 'Space Zoom' feature for glorious photos as well as a crazy 5000mAh battery and 5G connectivity -- oh, and the glorious 120Hz display. 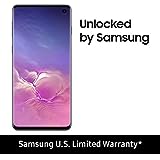