Nintendo is reportedly working on a new Switch revision with a custom processor, but it may not actually deliver higher-end 4K gaming. 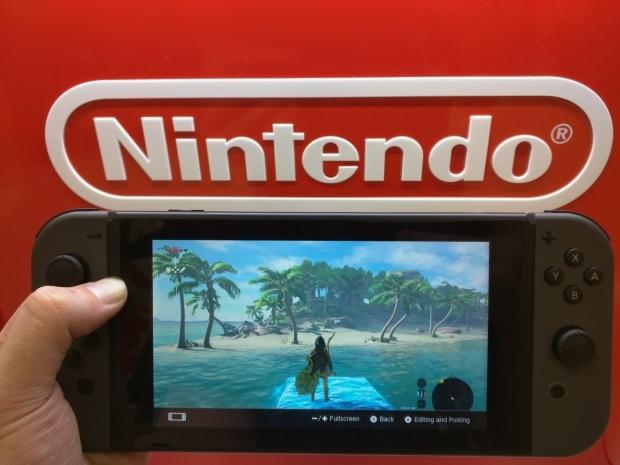 Nintendo's rumored Switch Pro may not be a huge leap over the current Switch hardware. A new report suggests the new souped-up Switch may be a softer revision in terms of capabilities and will instead move to a new customized Volta-based SoC from NVIDIA, possibly based on the 12nm Xavier chip. The info seems shaky at best and basically reinforces things we've already speculated about, but it does make an interesting point: Nintendo may not release a beefier Switch as to not fragment its userbase.

Instead this new Switch Pro revision could be the start of something bigger, perhaps a soft iterative upgrade similar to the Xbox One S over the original Xbox One, instead of going all-in with a powerful Xbox One X-esque model. Nintendo has already revised its base Switch to use a new 16nm Tegra X1+ SoC to fix a hardware vulnerability (the Switch Lite also uses this chip) without actually changing any raw perf specs. Only battery life and thermals changed--GPU and CPU clock speeds remained the same.

There's been multiple reports of a higher-end Switch coming sometime in 2020. Just earlier this month Taiwanese newspaper DigiTimes said a new Switch model was entering mass production in 2020, but no claims on its performance or specs were made.

Analyst Serkan Toto predicts Nintendo will release a 4K-ready Switch in 2020 for $399 in an attempt to fend off the PlayStation 5 and Xbox Series X.

Perhaps the lines are crossed and Nintendo will release a new Switch, but it won't be all that more powerful than the existing models. We could see some GPU and CPU upclocks to enable, say, 1080p 60FPS in most games, but that may require developers to patch in optimization updates similar to the PS4 Pro Enhanced patches.

And then there's the question of backward compatibility. Will games made for the Tegra X1 natively translate to a newer Volta SoC, or will devs have to re-tool their games to harness the power of the new chip? All of that depends on the customizations, firmware, and games-making toolsets involved on the Switch. But way back in 2017 developers talked about how easy the Switch was to develop for, so this shouldn't be too hard to achieve.

The Switch is the ultimate manifestation of Nintendo hardware, and the company likely isn't foolish enough not to have a forward gameplan for the system.