GTA V conquered the top sales charts in the U.S., becoming the best-selling game in the last 10 years. 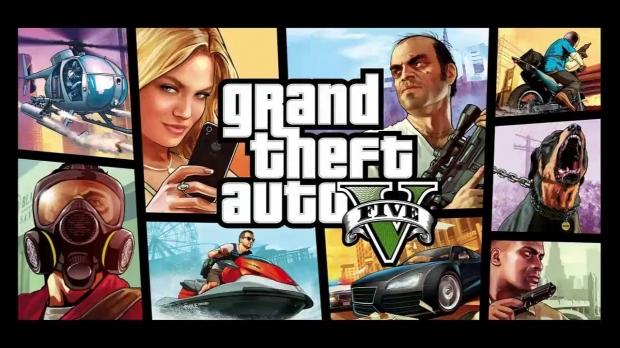 Grand Theft Auto V is a monster that's earned over $1 billion from microtransactions, and pulled in the same amount in just three days of sales. It's a sensation that just keeps on giving, too: In the last seven years, the game has sold over 115 million copies and continues to rake in hundreds of millions in mTX revenues every year. With that kind of reach it's only natural GTA V dominated the sales charts.

According to the NPD Group, GTA V sold more copies than any other game from 2010-2019 in the United States, beating out Call of Duty. "Grand Theft Auto V is the best-selling game of all time in our tracked sell-through in dollar sales," NPD Group analyst Mat Piscatella said. 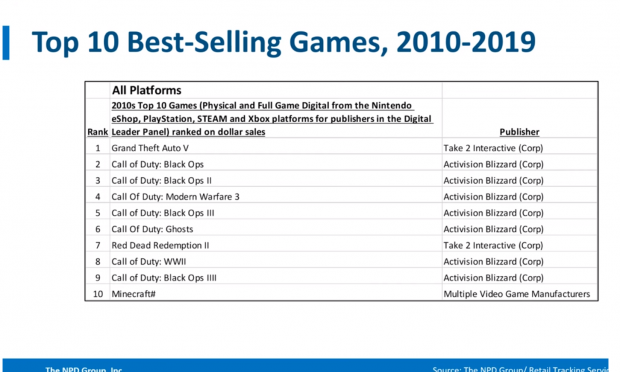 Seven out of the ten top spots were predictably taken up by Call of Duty titles, but Red Dead Redemption II sat at #7. The only other non-CoD game on the list was Minecraft, which took #10.

Rockstar is likely developing Grand Theft Auto 6 and possibly some smaller titles to release in between. GTA 6 may be built from the ground up for next-gen consoles similar to GTA V and Red Dead Redemption II.