Just in time to round out 2019 we have some more specifications on Sony's next-gen PlayStation 5 console, but this time they're more GPU specific concentrating on the RDNA2-based custom Navi GPU that AMD made for both Sony and Microsoft. 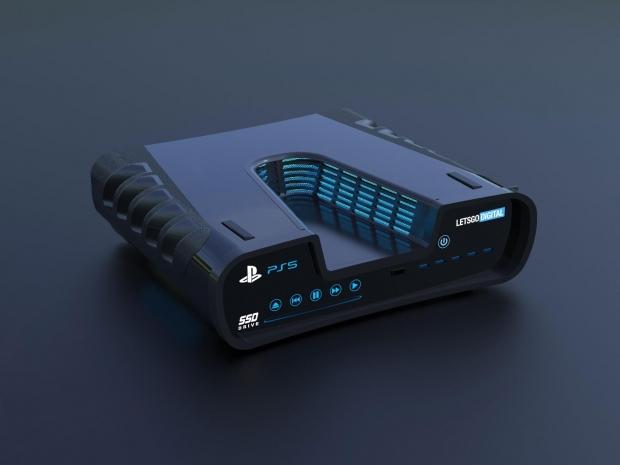 Digital Foundry has analyzed a bunch of data and come to the conclusion that Sony is using a custom Navi GPU with 36 compute units, which will be clocked at around 2GHz. However, Sony will reportedly have 3 different GPU performance profiles -- with PS5 games pushing the Navi GPU to 2GHz -- but emulating previous-gen PlayStation games will see the GPU clocks doing some funky things.

This sees the PlayStation 5 and its custom Navi-based GPU rolling out with 9.2 TFLOPs of compute performance -- losing the next-gen console battle to Microsoft and it's new Xbox Series X which will have a 12 TFLOPs custom AMD solution. Sony will still use GDDR6 memory (and not HBM like the current insane rumors are leading some to believe). AMD's current flock of GDDR6-based cards in the Radeon RX 5700 series have 448GB/sec of memory bandwidth, but we could see Sony using some faster GDDR6 memory and seeing memory bandwidth hit 512GB/sec or so.

When it comes to the Xbox Series X however, Microsoft is definitely going to win the next-gen console war. More on that here.